From our house to yours —
The 2013 Holiday Letter 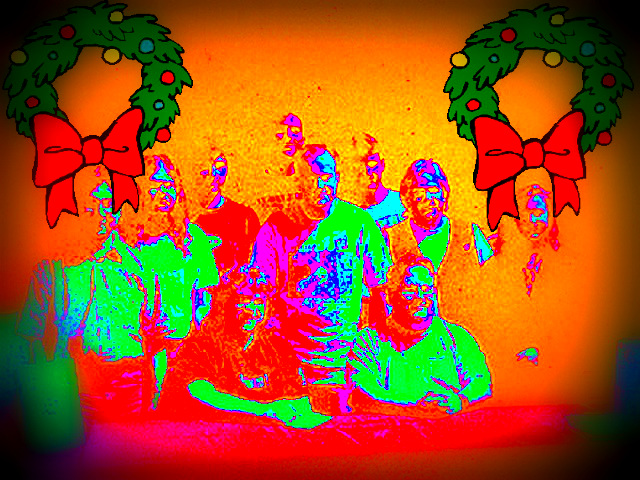 Greetings, friends and family! This has been a busy year here at the Exposé household, so wrapping it up in a brief letter won't be easy. But we're determined to try, and maybe this will be the start of a new tradition. It seems like most web sites publish best-of lists at the end of every year, so we decided to buck the trend and write a letter.

If it looked like the year started out quietly, that just goes to show that looks are deceiving. Behind the scenes, there was frantic activity going on as Jon worked to get the website framework ready. As he worked on it, Peter and Henry sent in reviews to test with. Paul provided graphics for the header and came up with the color scheme.

The website had been online for a few months flagged BETA before the official launch on June 1, and the site counter started going crazy. All the positive feedback was very encouraging. As most of you can imagine, printing a magazine, or even a newsletter, is a time-consuming and expensive process, and we could no longer sustain it. As a compensation, articles and reviews can be cross-linked, every review can have the cover art. We can also provide links to interesting audio and video sites when we find them.

An ongoing project that continues to this day is loading all the old content onto the new website. That includes the Extra! stuff posted on the old website, plus everything from the print newsletters. For a blast from the past, check out Issue #1 from October 1993, with all of the reviews present and accounted for. Yes, that's more than 20 years ago. 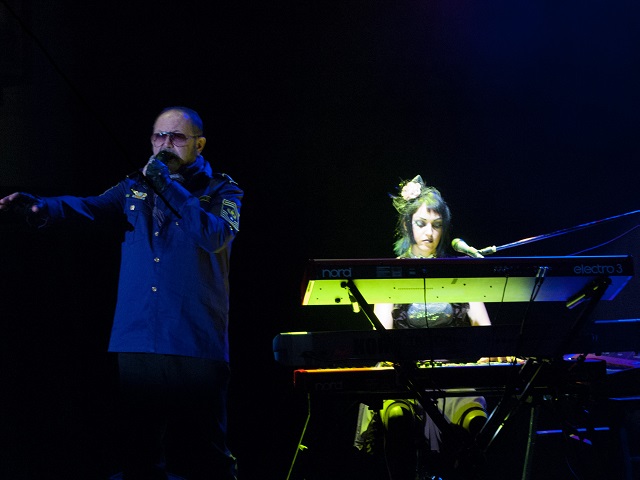 Aside from all the reviews we've cranked out this year, we're pretty happy with some of the new feature articles. The first new one was Henry's fascinating look at Il Tempio delle Clessidre's trip to South Korea. Henry's travels to South Korea also resulted in a profile of Si Wan, famed reissuer of classic progressive albums, many of which were for years the only legitimate CD pressings available.

Also in the category of label profiles, we presented an interview with AltrOck founder Marcello Marinone by our Italian correspondent Alessandro. AltrOck has released some of our favorite CDs in the last few years, such as Yugen and Homunculus Res. Exposé has been doing label profiles and overviews since we started, and there are more in the works.

Our long history of interviewing artists you won't find in Rolling Stone continued with Gösta Berlings Saga, Robin Taylor, and Jamison Smeltz of miRthkon. We've got more on deck for 2014.

One of the year's big events (Jon writing here) was a little festival in Seattle called Seaprog, which I helped organize and wrote about, with my view from the inside. Look for coverage of the 2014 festival as news becomes available. 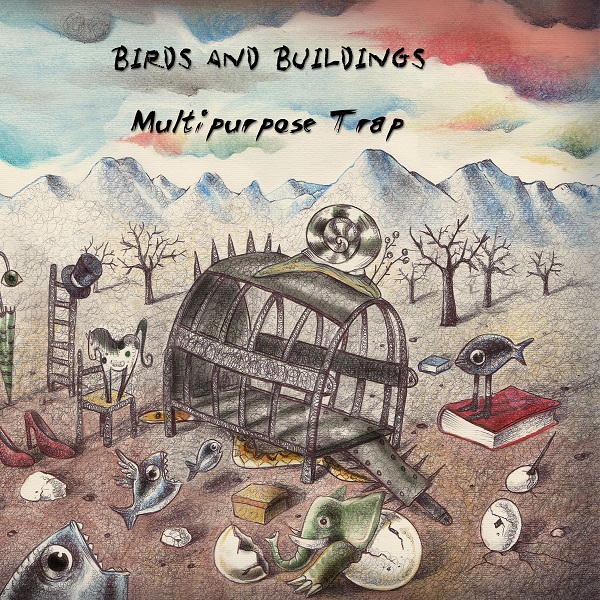 One of the advantages of our website design is the ability to post multiple reviews of the same release, what we used to call Roundtables in the print version. One of our favorites this year is Multipurpose Trap by Birds and Buildings, with positive takes from Peter, Paul, and Jon. Other Roundtables are online for The Knells (a fascinating new band from Brooklyn), a welcome reissue from the Canadian band FM, and Janel and Anthony.

And now, the closest we'll get to an end-of-year list, a few highlights from each of the primary writers, sticking mostly with the things we've written about on the site.

Something that came out of nowhere and surprised me: The second album by Norway’s Pixel titled We Are All Small Pixels is probably my favorite of the year, with a refreshing small-ensemble jazzy sound, joyous and catchy female vocals, and outstanding playing by all. It doesn’t get much better than this. And Cuneiform’s last batch included a rather bizarre new release by Chrome Hoof. While listening to this for the first time, I commented to Jon that it reminded me of a band I saw in San Francisco around ten years ago that rocked pretty hard and had a Thai female singer, but since I walked in after the show started, I never caught the introduction or the name of the band. Jon asked if I was sure it was a Thai singer, because there was a band like that with a Cambodian singer called Dengue Fever. I checked out some of their songs on line and indeed that was the same band. And back to Chrome Hoof, their album Chrome Black Gold is definitely worth seeking out. 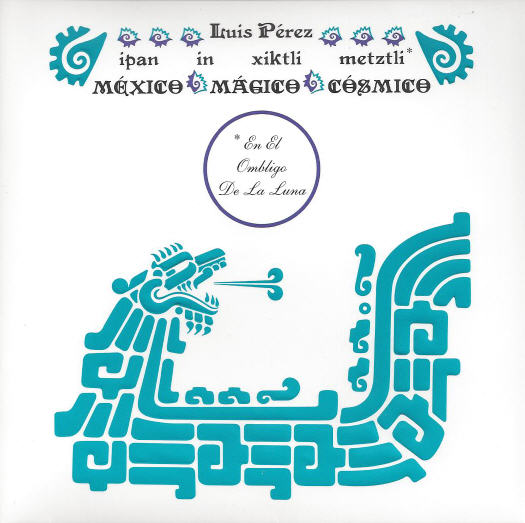 Something that I'm glad to see reissued: On the reissue front, one of the biggest surprises was Luis Perez’ En el Ombligo de la Luna, and ambient album filled with beautiful prehispanic percussion, and frankly one that I never thought would be reissued due to its obscurity. Did you know that Camel recorded a new version of The Snow Goose? After listening to it, my first question was “why?” The original version was just fine, and this re-recorded version follows the original very closely. Too closely, in fact. What it does have going for it are modern production qualities, that make it sound like a recording of modern vintage, but for my money I would have liked to have seen more new arrangements.

Something outside my normal area that I liked: One of my favorites from outside my usual box was the album Windfall, by Norwegian composer and bandleader Helge Sunde and Ensemble Denada. Like I said in the opening of my review: Rarely do I come across a recording that I enjoy so much, yet find so hard to describe and categorize.

A concert that really shone: Ha! No progressive concerts in Utah. But 2013 marked the return of the Baja Prog festival after a long hiatus. New hotel and new daytime venue, but other than that it was pretty much business as usual, with Steve Hackett's Genesis Revisited headlining, and too many other great bands to enumerate.

Something else I'd like to call out: More than anything, I would like to take this opportunity to thank my colleague Jon Davis, without which our new site wouldn’t even exist; he worked diligently on this website for a long time, coding, testing and really made it happen. And to Paul Hightower for his outstanding design work he did on the site (and also on our printed editions going all the way back to #14). Thanks Jon, thanks Paul, and thanks to everyone who comes to our site to read what we write.

Something that came out of nowhere and surprised me: Once the website went live, artists I'd never heard of started contacting me. One of the best of these was The Knells. 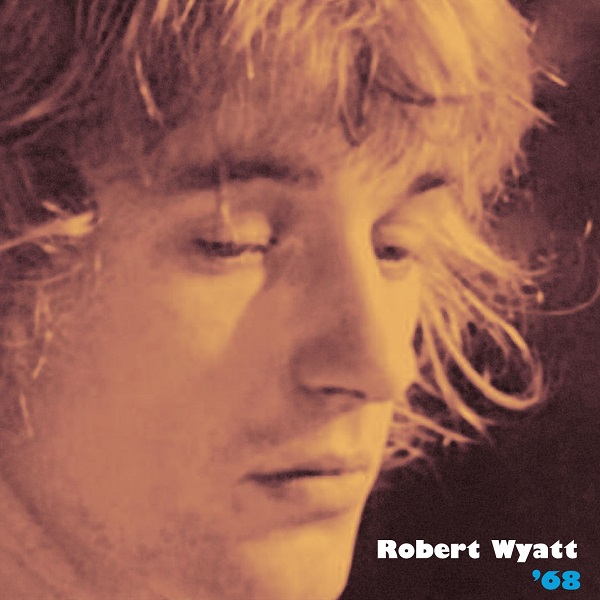 Something that I'm glad to see reissued: Robert Wyatt - '68 (OK, so it was never released before, but it's kind of like a reissue)

Something outside my normal area that I liked: Jack Mazzenga's Space Time Trio

A concert that really shone: Thinking Plague at Seaprog! (All the other artists were great too, but seeing the Plague was a long-time wish). Other stand-out live shows were Corima and Dylan Ryan's Sand.

Something else I'd like to call out: In 2013 I became aware of a growing mini-trend that might be called a RIO resurgence (especially if you have a really broad interpretation of RIO). Artists like miRthkon, Birds and Buildings, Corima, Salim Ghazi Saeedi, Ampledeed, and so on are part of this. The other thing is a crop of young bands who are not afraid to embrace the once-dreaded term "prog" and do their own thing (which isn't just copying 70s prog giants): Corima, Badwater Fire Company, and more.

Something that came out of nowhere and surprised me: Like Jon, once the web site went live, I started receiving requests from bands. One stand out was False Lights by the Soft Hearted Scientists. 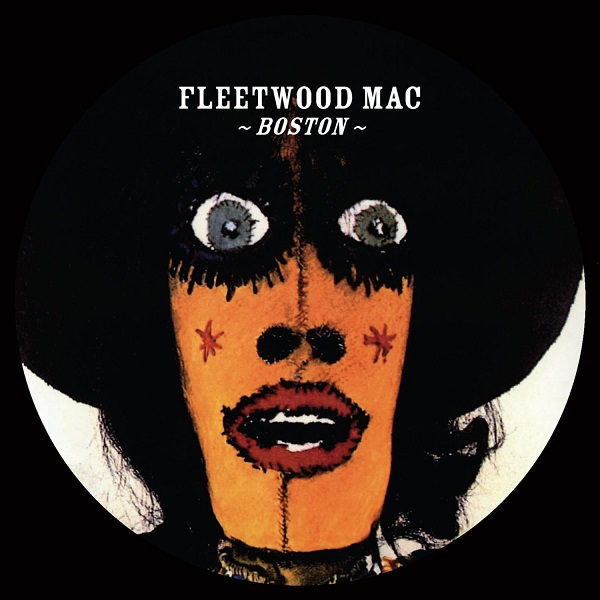 Something that I'm glad to see reissued: Though not actually a reissue, I am very happy with the reformed Museo Rosenbach's re-recording of their famous Zarathustra. Another that really is a reissue, is Fleetwood Mac's 3CD boxed set Boston recorded live in February, 1970.

Something outside my normal area that I liked: (a release) I cannot really think of anything for this category.

A concert that really shone: I did not attend it myself, but from all that I've heard, the Fruits de Mer All Dayer in August 2013 was outstanding.

Something else I'd like to call out: Il Tempio delle Clessidre released their second album alieNatura to rave reviews. And it is getting increased coverage in Japan.

Just for perspective, I'm the boring guy on the Exposé staff, the one who actually pulls out his Yes CDs from time to time. This is a good thing for everyone else because reviews of a more "traditional" nature tend to get thrown my way by our other esteemed writers. I'm always happy to take one for the team!

Speaking of the team, a big thanks to Jon for actually making this web site thingy happen. All that code would make my head explode. And a big thank you to the Progfather himself, Peter Thelen, for carrying the flame all these years (honorable mention to his wife and kids for pitching in and suffering us musical weirdos!). 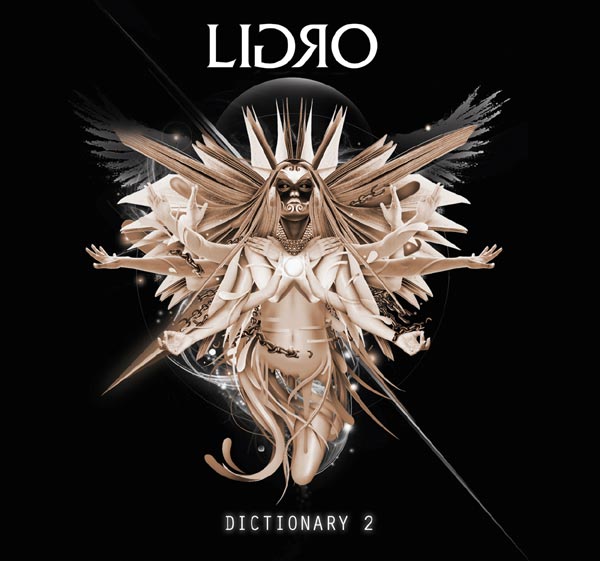 Something that came out of nowhere and surprised me: Dictionary 2 by Indonesian fusion powerhouse Ligro. I don't suppose there's a chance to see these guys stateside but I can only image what a great show they must put on.

Something that I'm glad to see reissued: Surveillance by Canada's FM. I've always cherished this album but the vinyl copy I own was already third-hand when I found it, and the cassette tape I made of it has long since disintegrated (can anyone even play cassettes anymore?). Thank goodness we have folks like Esoteric Records to fix such problems. Now if only they'd do something about Kraan's back catalog...

Something outside my normal area that I liked: It's not a new release or anything, but I got on a kick of discovering the band Sparks this year and I love their 1979 album No. 1 in Heaven. I know all the prog kids are supposed to have Kimono My House (which I'll also get some day, promise), but for a guilty pleasure No. 1 in Heaven is hard to top. The marriage of the Mael brothers and Giorgio Moroder is synth pop heaven indeed.

A concert that really shone: Hard to believe, but I saw Yes in 2013 at a small but lovely theater in Monterey, CA doing their three classic albums and damn if it wasn't a great show. The audience — many of them aging hippies — were completely glued to everything the band did and nearly every song got a standing ovation. But to me the band deserved it. They are a tight, well-oiled machine these days and it bodes well for what they come out with in 2014. Watch this space!

Something else I'd like to call out: Steven Wilson blew many socks off with his live shows this year, and his appearance at the Fillmore in San Francisco was a treat. Sadly I had to miss the Steve Hackett nostalgia-fest (no west coast gigs!), but on a related note the Musical Box will be bringing both their 1972 and 1973 recreations here as part of their farewell tour. And for those of you who enjoy jumping onto cruise ships be sure to check out the return of the Cruise to the Edge, which enjoyed a successful inaugural outing in 2013.

There you go, a brief (OK, maybe not so brief) overview of what's been going on in our family. We hope the new year brings good things (and more good music) to all!