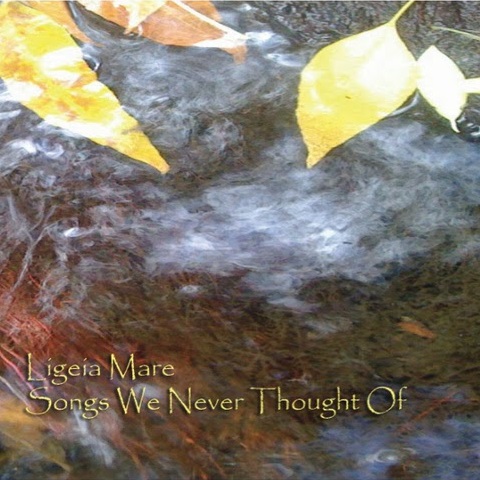 First of all, I must say that Songs We Never Though Of is a great title for a collection of improvised music. This collective features an unusual combination of instruments: accordion and percussion are the first things we hear, followed by trumpet, some kind of electronic keyboard, and wordless vocals. Other things in the mix are guitar, spoken word, and a drum kit. In all cases, the instruments are sometimes played in the "normal" way and sometimes not. There are funny little squeaky noises from Ron Miles' trumpet, nonsense lyrics both sung and spoken, and Farrell Lowe's guitar is prepared — you'd have to have been there to see how he prepared it (or maybe it was a surprise!). This is not frantic, phrenetic, everybody-screaming-at-once improvisation, but moody, atmospheric stuff, like a soundtrack for an abstract art film of constantly shifting colors and shapes. There are moments that seem almost coordinated, where multiple players out of the blue start playing something that really meshes, but I'm sure it's actually the result of sympathetic listening. There's a real collective spirit here, a willingness to subjugate ego for the greater good, that leads to some beautiful moments. For example, the first track, "Dust and Tides," ends with only Miles along with Dave Willey's accordion, with the others just listening and not feeling the need to get in the last word (so to speak). At the beginning of "Cover Me in Water," Elaine Di Falco starts a rhythmic pattern on the keyboard, and Ernie Crews picks it up with a loose groove on the drums which lasts in varying forms for the eight minute duration; Willey plays a bass part with some nasty fuzz, but it's mixed so that it doesn't overpower the rest of the ensemble as a fuzz bass often will. There are moments of growling, whispering, and distortion, but somehow the result is never sinister sounding; the serious artistic ambition is tempered by a sense of whimsy that keeps procedings light without getting silly. There's a lovely bit near the end of "The Old Road Near Home" where the trumpet, accordion, and drums lock into a jerky groove while the guitar totally freaks out. Songs We Never Thought Of is what happens when talented musicians let their imaginations run wild, spontaneously creating a new world of sounds no one ever heard before, and it's a privilege to be invited in.