Having spent the last few years touring the world, including dates in Japan with psych legend Steve Hillage, multiple headline European tours and festivals, America’s Cruise to the Edge festival, a South America headline tour, and a headline performance at Tomorrow Festival in China, the band have won the hearts of both traditional and modern Gong fanbases. During this live journey, Gong has delved further into the truly psychedelic, exploratory, and mind-expanding side of the music.  » Read more
(Posted by Henry Schneider 2020-01-21)

American / European band Alex's Hand has a new album in the works called Hungarian Spa, which looks to be their biggest and best yet, featuring a large roster of guest musicians. They're seeking funding to take the project on the road, and are looking for help from the crowd of wisdom.  » Read more
(Posted by Jon Davis 2019-08-20) 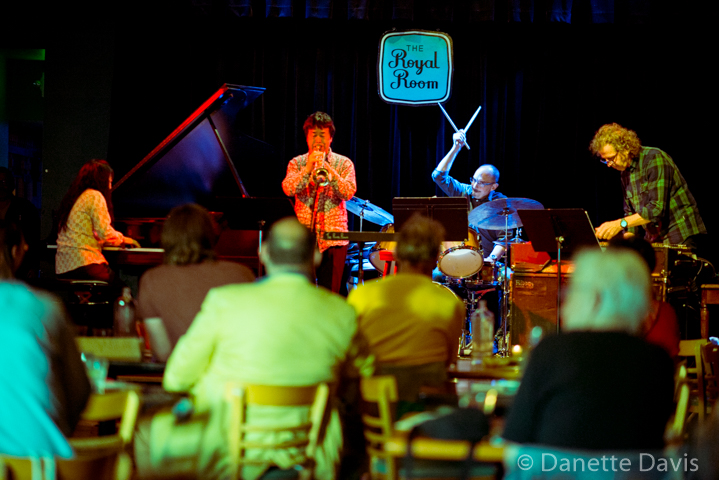 I first encountered Satoko Fujii’s music more than ten years ago when I got Zephyros to review, and have been following her work since then, but I never managed to see any of her groups perform live until Kira Kira participated in the Earshot Jazz Festival in Seattle. The Royal Room is a great place for a jazz show, with a comfortable, classy atmosphere and excellent sound — a perfect setting for the group’s intriguing music.  » Read more
(Posted by Jon Davis 2019-05-14)

Like many music lovers around the world, we’ve been thrilled and amazed to hear the recordings that have been released by MoonJune from sessions at La Casa Murada in Spain. Such label stalwarts as Mark Wingfield, Markus Reuter, Asaf Sirkis, Tony Levin, Dusan Jevtovic, Vasil Hadzimanov, and many more have gathered in various combinations at the studio to produce some of the most creative music in recent years. Now, label head Leonardo Pavkovic is offering a compilation, La Casa Murada - MoonJune Sessions, Volume One, as a fundraiser for upcoming sessions.  » Read more
(Posted by Jon Davis 2019-04-24)

November and December of 2019 will see The Pineapple Thief bringing their music to Canada, Mexico, and the US, and famed drummer Gavin Harrison will be on board. The band has been touring extensively in Europe, but North America will be new territory for them.  » Read more
(Posted by Jon Davis 2019-04-10)

Surabhi Ensemble was formed more than a decade ago in Chicago with the aim of bringing together musicians from varying traditions to make music. Saraswathi Ranganathan, who plays veena, assembled a cast that includes Arabic oud, Spanish guitar, and percussion from Africa and India. This month, the group will be sharing their sounds with concert-goers in Southeast Asia, Europe, and Africa.  » Read more
(Posted by Jon Davis 2019-01-02)

It's been 50 years since The Soft Machine changed the face of music with their first album. Their blend of psychedelic rock and jazz was unique, and while the band went through many changes before disbanding in 1981 — by which time there were no original members remaining — they remained an innovative force with a style all their own.  » Read more
(Posted by Jon Davis 2018-07-09)

Yestival Dates Beef up the Beat 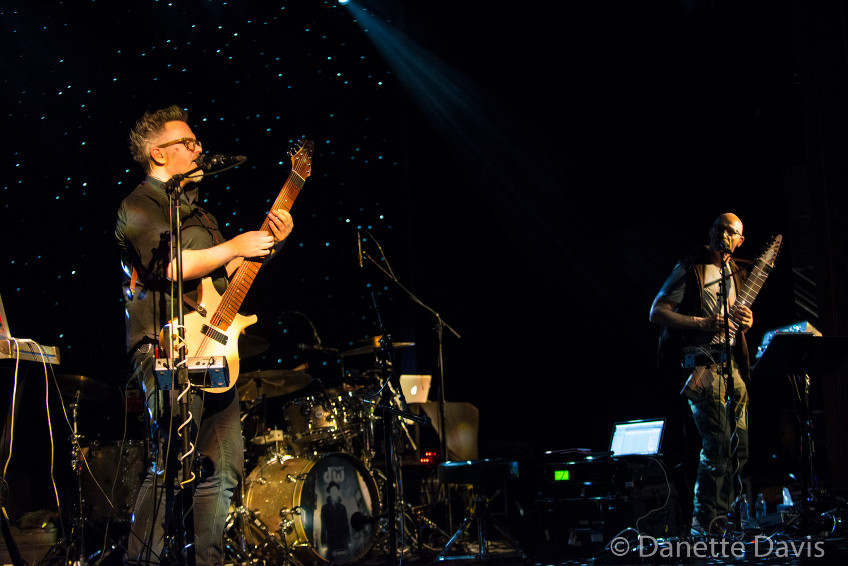 I suppose there are many contenders for the title of Hardest Working Band, but luckily that’s not a real contest, and certainly hard work alone is no gauge of worthiness. Since Stick Men got started as a development of Tony Levin’s Stick Man album ten years ago, the band has kept the new material coming, with studio and live releases getting into double digits (depending on how you count multiple versions of some of the live albums).  » Read more
(Posted by Jon Davis 2017-02-10)