Reconciling the Souls of Prog —
The AltrOck Interview

The terms we use to define music can have fluid meanings. For instance, in the 70s "pop music" was an umbrella term encompassing Cat Stevens, King Crimson, and Frank Zappa. Nowadays, almost no one would call King Crimson pop. Another case in point is "progressive." Under this term lie two (very) different kinds of music: one includes groups such as Genesis, Gentle Giant, Yes and their current disciples; another derives from the more experimental creations known as Rock in Opposition. But nowadays these two souls of progressive music no longer live in watertight compartments as they used to do in their heyday. A new Italian label was founded explicitly to reconcile symphonic and RIO-influenced music: AltrOck, launched in Milan by Marcello Marinone and Francesco Zago. With its groups ranging from Flanders to Siberia, from Argentina to Italy, this label is a sunbeam in the lifeless Italian musical landscape, more and more dominated by bland, tasteless talent shows. Here is our interview with Marcello Marinone.

How and when was the label established? 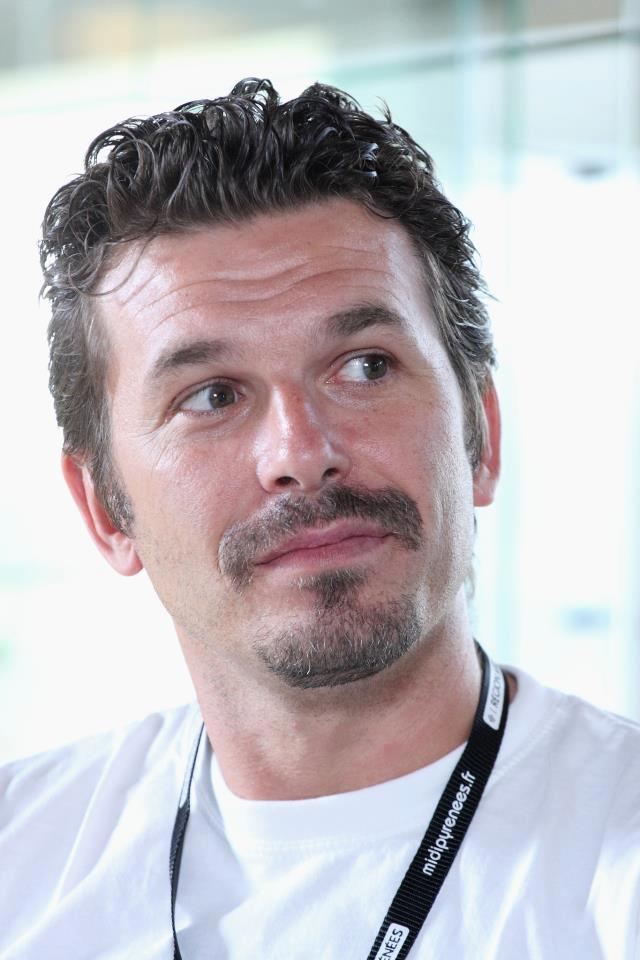 In 2005 I organized the first edition of a festival called AltrOck, devoted to avant-rock. One year later I and Francesco Zago, leader of Yugen, established the label of the same name, whose first release was Yugen's debut CD, Labirinto d’acqua. Both the festival and the label aimed at producing and promoting non-commercial music ranging from avant-rock to RIO-influenced one. In previous times — actually, since my childhood — I had been a great fan of prog and avant-prog/RIO. This was mainly due to my father, who worked as a sound engineer with such groups as Le Orme, Balletto di Bronzo, Locanda delle Fate and minor prog acts.

How does the label work, how many people are involved?

Well, we can say I'm the leader of the whole project: I keep the contacts, and being a long-time listener I find it natural to deal with new groups. Francesco Zago is my partner, representing the more technical side of the label. Namely, he can handle things I cannot. Emanuele Di Leo deals with promoting and shipping: an important role as well. Groups often contact us directly, since they know the kind of music we release. So discovering intriguing music is easier, even though I woo some groups after listening to them. Passion is always the best fuel to move the label ahead, so when I find a record I like it becomes fit for AltrOck! I used to skim groups carefully. Then my partners listen to the ones I chose; if all agree, a work is qualified to be fit for us. I want to stress that sometimes we reluctantly rejected works we found interesting but too different from the kind of music we use to release. 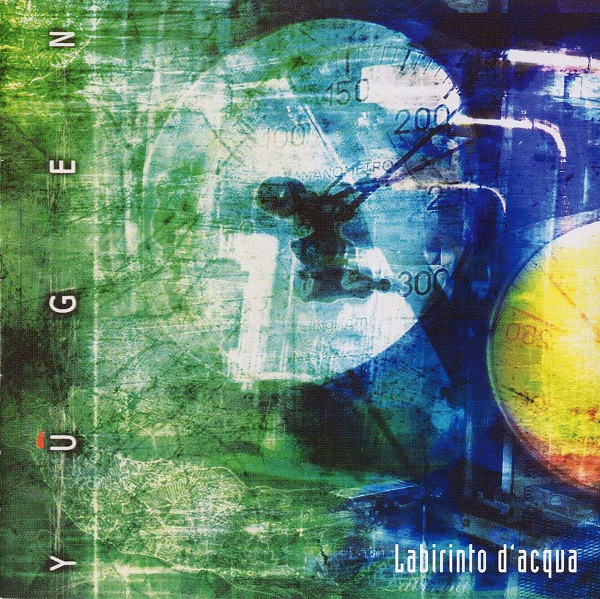 How do you unearth groups from faraway countries and regions, e.g. Rational Diet (Belarus) and Siberia?

Thanks to a never-ending search on the Internet. After 20 years or so, I know where I can find the kind of music I like. Unearthing new groups is just what I did when I still was a fan. My father's experience helped me to turn this fan into a producer. Our label deals with the whole production process, supporting groups from the very start. Details often make all the difference. Otherwise a label is nothing but a record printer, as is happening more and more often during the last years...

Do you think one can like the two main souls of progressive rock, Genesis, Gentle Giant, Yes, etc. and RIO?

Yes, of course! I love Genesis and Henry Cow the same way and I think it's not strange at all. I find the old debate opposing symphonic prog to RIO or avant-prog childish and outdated. I can't understand why one cannot love both. Either offers bad and good works, just like all musical genres do. Our catalog shows I love both and I hope our records may be prized by fans of both genres too. In recent years we felt the need to create a sub-label, Fading, more overtly devoted to symphonic prog. 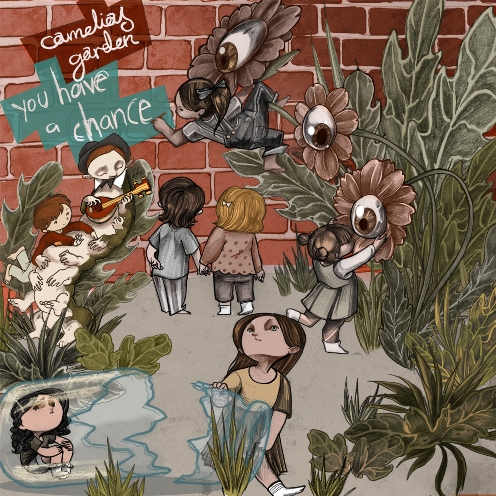 AltrOck releases music partly similar to that of labels like Cuneiform and Moonjune — do you feel kindred with them? Are you in touch with them?

Steve [Feigenbaum, Cuneiform founder] is a great friend of mine, I think highly of what he did and I admit my label was inspired by Cuneiform. Besides similarities there are differences between us as well. But the goal is the same. In the 90s Steve popularized a Cuneiform sound, just like ECM has made in different areas. I would like to succeed in doing the same, gaining a bunch of faithful fans buying our CDs nearly blindly. Also, we are indebted to Steve since he is the leading US distributor of our records and is thus instrumental in circulating our music. As for Leonardo [Pavkovic, Moonjune founder] I don't know him directly, we've just had some loose e-mail contact. But I am familiar with the music he's released and I think Moonjune is a very interesting label.

Has distribution proved to be difficult?

Well, distribution is hard due to several factors, including contraction of sales and promotion. The latter is really difficult since it requires great professionalism. Unfortunately many promotional channels we must work with are all but professional. To have a CD on the shelves of a megastore is not difficult, but it just gathers dust there, so this is not what I want. On the contrary, I need retailers believing in the music I release, people who are quite aware of what they sell. 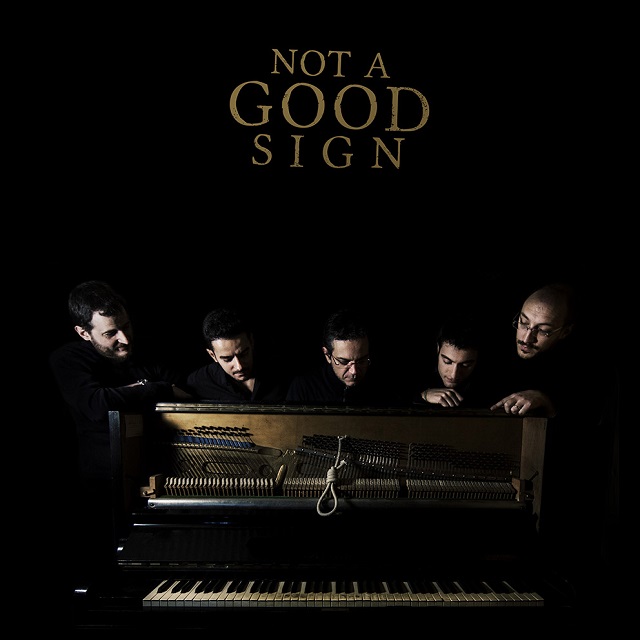 Can you summarize the most recent releases?

This year's AltrOck releases include Five Storey Ensemble, an offshoot from Rational Diet; the highly original Humble Grumble; Canterbury-influenced Homunculus Res and Magma-esque Rhun from France. As for Fading, Camelias Garden Vintage, acoustic sounds recalling the great 70s prog (Genesis, Yes), folk-prog and Italian bands such as Acqua Fragile and Celeste. La Coscienza di Zeno will be appreciated by fans of old Italian prog acts such as Le Orme and Metamorfosi. Not a Good Sign, a supergroup with members of Ske, Yugen and La Coscienza di Zeno, plays a 70s prog carefully mixed with hints of hard rock and psychedelia.

AltrOck is a festival too...

Three editions have been held to date: 2005, 2007, 2008, and the latest one in past June, with groups from Belgium, Greece, Italy, Norway and Spain. The 2008 concert of Yugen and Thinking Plague is still dear to my heart... The festival is a costly, back-breaking initiative, but the sacred fire of music makes us carry on.

Many thanks for replying, Marcello, and of course our best wishes for AltrOck.

Thanks to you, Alessandro. Keep an eye on our future releases!

Jean-Pascal Boffo - Nomades – Some will recall J.P. Boffo as one of the original members of Troll and naturally expect (or perhaps hope for) a strong zeuhl influence on this effort. Well, you certainly won't find it here. Which...  (1994) » Read more

Rain - Cerulean Blue – Rain is the moniker taken by an anonymous British poet as another solo artist who has crafted a minor conceptual masterpiece mostly on his own. The project is staged with recited scenarios by Rick...  (2006) » Read more