Birdsongs of the Mesozoic 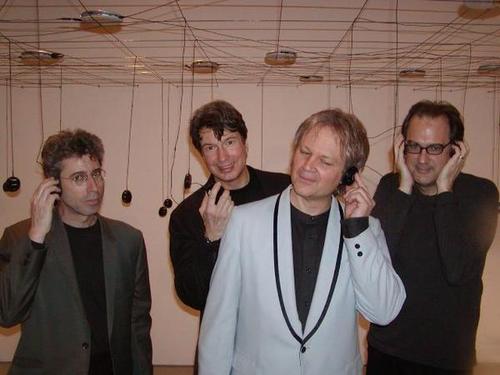 Birdsongs of the Mesozoic is a musical group founded in Boston, Massachusetts in 1980 by Roger Miller and Martin Swope as a Mission of Burma side project, playing a kind of electric chamber music. The group initially also included Erik Lindgren (synthesizers) and Rick Scott (organ), with all members contributing percussion. In 1983, due to Miller's worsening tinnitus, Mission of Burma disbanded and Birdsongs, with its quieter music, became their primary project. Miller left in 1987, and the group brought on a saxophonist (first Steve Adams, then Ken Field). In 1993, Swope left and was replaced by Micheal Bierylo, resulting in a lineup which has persisted. The music of Birdsongs of the Mesozoic is almost entirely instrumental, and incorporates many different musical elements.