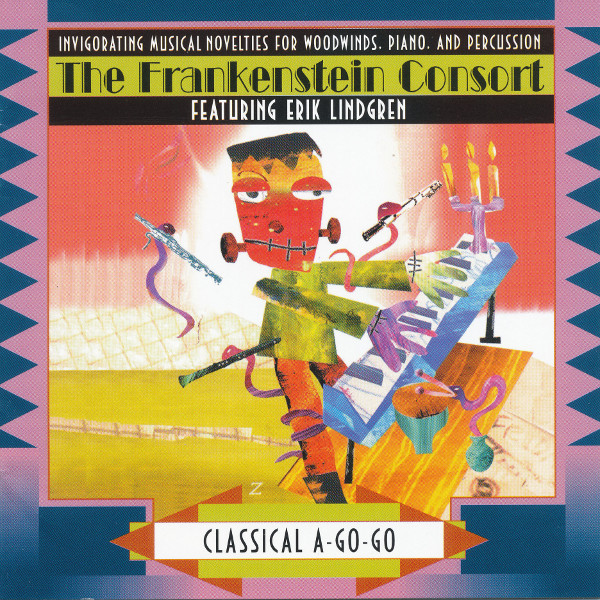 That’s "The Frankenstein Consort featuring Erik Lindgren." That’s the Erik Lindgren of Birdsongs of the Mesozoic. That’s “Invigorating Musical Novelties for Woodwinds, Piano, and Percussion.” And it’s every bit as good as you might expect (providing, I suppose, you’re the kind of person who expects it to be good). There are a few alternate arrangements of Birdsongs pieces, a set of Raymond Scott compositions, a piece by Satie, a suite written for dance, Lindgren compositions ranging in vintage from 1972 to 2004, and a nifty take on Edgar Winter’s “Frankenstein.” A string quartet shows up on one track, but mostly it’s flute, clarinet, and bassoon playing against Lindgren’s piano; percussion includes a drum kit as well as various other items, and even some programming on “Frankenstein.” All in all, it’s not as silly as the title implies, and comes off as a fresh complement to darker varieties of modern chamber music, at once accessible and innovative, lighthearted and cerebral. The Scott tunes are all well known, and really benefit from these new interpretations, coming off less as warped jazz and more as warped... something else. A little less frenetic, but still off kilter – imagine “The Toy Trumpet” without a trumpet. The oldest Lindgren piece (“Baroque-a-go-go”) was written when he was in college and intended as a parody of progressive rock. But it works as a worthy piece in its own right, and caps off the set nicely.