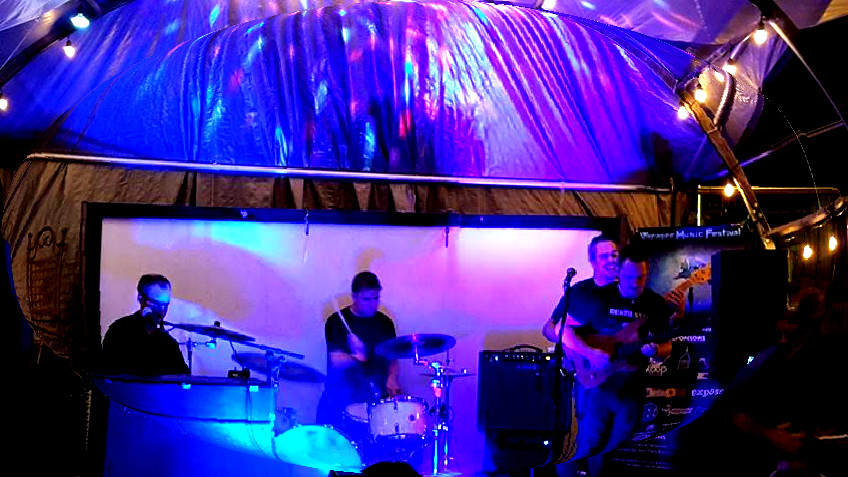 In Austin's current crop of progressive-leaning bands, Mount Pressmore stands a little closer to the melodic indie-rock side than some, but their music is subtle and complex in small ways, reflecting the vision of leader, keyboardist, vocalist, and chief composer Thomas Shaw. I conducted an email interview with him, touching on the band's history and future, and what's so special about the Rhodes electric piano.  » Read more
(Posted by Jon Davis 2016-11-26)

An Open-Minded Approach to Music —
The Aaron Clift Interview 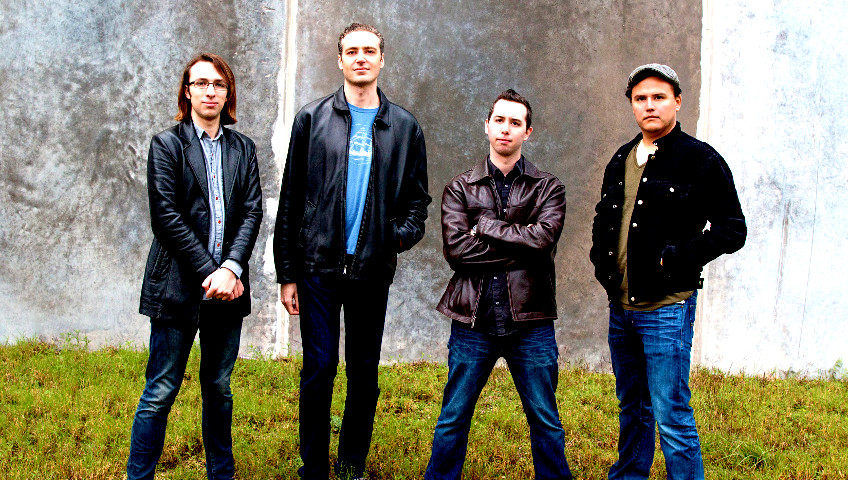 Deep in the heart of Texas is a growing community of bands and musicians pushing the boundaries of music and rejuvenating progressive rock. Expose is in the forefront in elevating the visibility of these bands to our readership through reviews, sponsoring the now annual Voyager Fest, and band interviews. For this latest installment, I have had the pleasure of interviewing the mastermind behind the Aaron Clift Experiment, Aaron Clift himself in advance of the Holiday Charity Rocktacular on December 3, 2016. I would have preferred to sit down at one of Austin’s relaxed outdoor venues for this interview, but work forced me to conduct the interview via email.  » Read more
(Posted by Henry Schneider 2016-11-22)

Not Wishing to Waffle —
The Syd Arthur Interview 2016 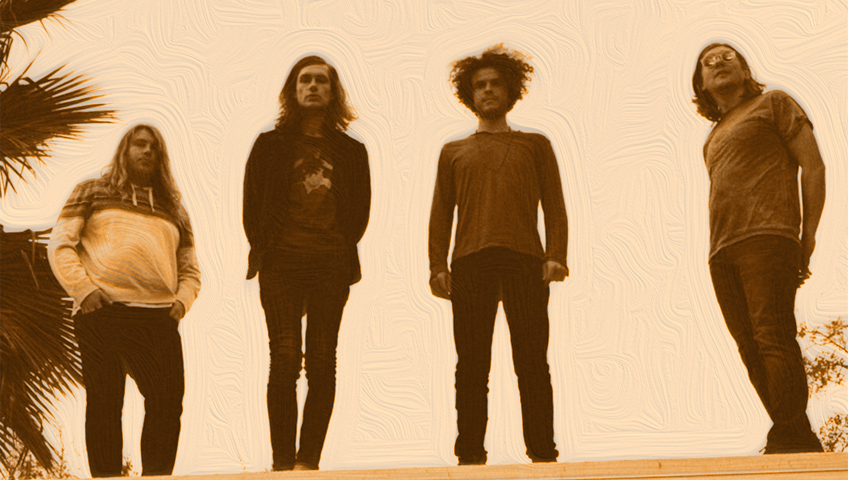 I first met and interviewed Syd Arthur back in 2014, while they were on tour with Sean Lennon’s GOASTT. I was delighted to have the opportunity to speak with them again before their recent San Francisco show opening for English singer-songwriter phenom Jake Bugg to learn what had transpired over the last two years.  » Read more
(Posted by Paul Hightower 2016-10-18)

A Desire to Surprise —
The RareNoise Interview 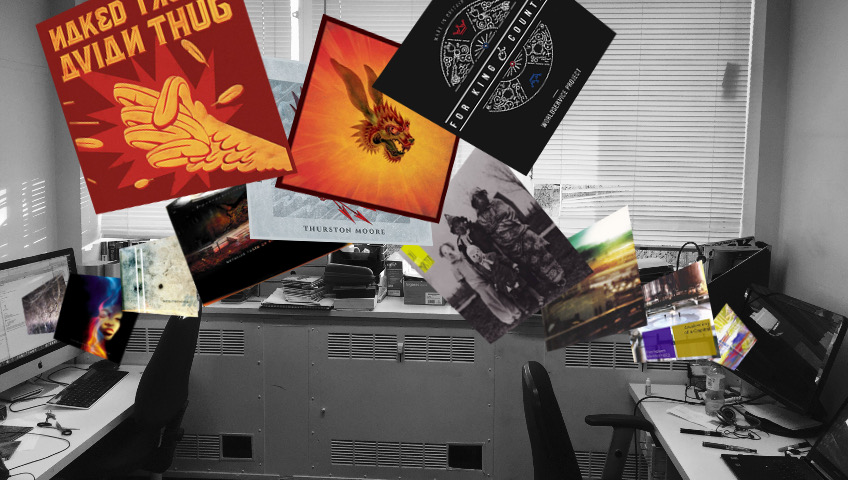 If you've been reading reviews on our site very long, you've noticed that RareNoise Records has a consistent history of producing music that challenges boundaries and is all over the map, both geographically and stylistically. From noise-jazz to electronic dub to acoustic free jazz, you never know what you're going to get with RareNoise, but you can be assured it'll be good. Label CEO Giacomo Bruzzo was kind enough to answer some of our questions via email.  » Read more
(Posted by Jon Davis 2016-09-21)

On Music and Social Identity —
The Stop Motion Orchestra Interview 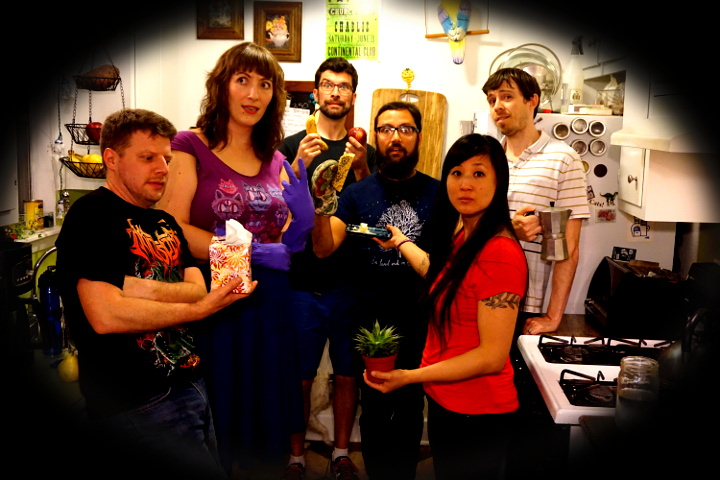 Stop Motion Orchestra is not a band to be pigeonholed. Pulling together aspects of a wide range of styles and blending them with a healthy sense of fun, their debut album was one of the highlights of 2014. In conjunction with their appearance at the 2016 Voyager Festival, I was able to ask composer Mohadev a few questions to shed light on the band and his numerous other projects.  » Read more
(Posted by Jon Davis 2016-09-08)

Walking the Edge of the Firepool —
The Herd of Instinct Interview 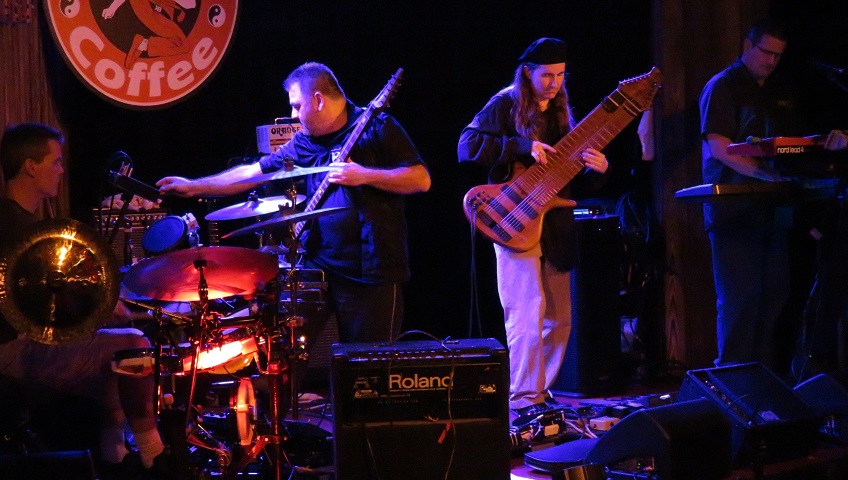 When their first album appeared in 2011, Herd of Instinct jumped to a position of prominence among American progressive rock bands. In conjunction with their appearance at the 2016 Voyager Festival in Austin, Texas, I was able to ask Mark Cook a few questions about the band and its music.  » Read more
(Posted by Jon Davis 2016-09-03)

A Punk with Class —
The Morgan Fisher Interview 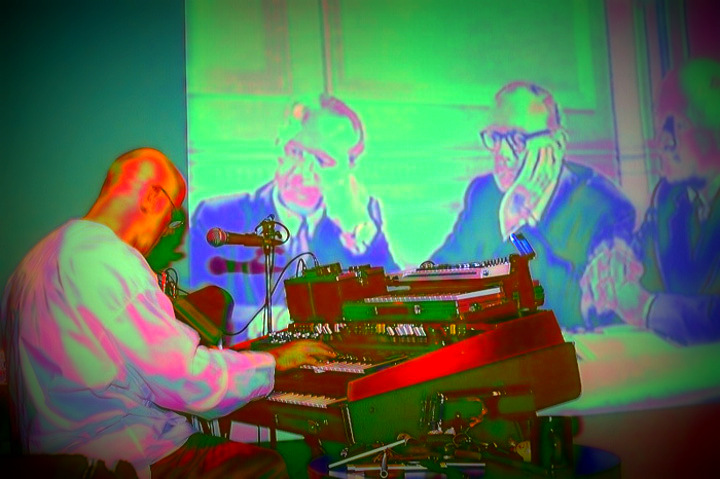 Morgan Fisher has a long and interesting musical career. He and I were both born in 1950, but 11 months apart. At the ripe old age of 18 his band The Love Affair scored a #1 UK hit “Everlasting Love” (though in typical fashion for the day, neither he nor his bandmates played on the single). He also began experimenting with electronic music between 1968 and 1972, as well as co-producing Allan Holdsworth’s debut album. Between 1973 and 1977, he was part of the Third Ear Band for a brief period, joined Mott the Hoople in the Bowie years, and guest appeared on many LPs. In the late 70s Morgan set up his own studio and record label where he released Slow Music and the two oddball Hybrid Kids albums. He played keyboards on Queen’s 1982 European tour and then moved to Japan in the mid 80s. Since then, he has continued to record ambient albums and music for art videos, movies, and television. He has also played with local Japanese bands and began his series of light paintings. This past September, he flew back to the UK to perform with Mick Ronson’s daughter Lisa at her record release party.  » Read more
(Posted by Henry Schneider 2015-11-21)

From Land to Tuva —
The Dennis Rea Interview 2015 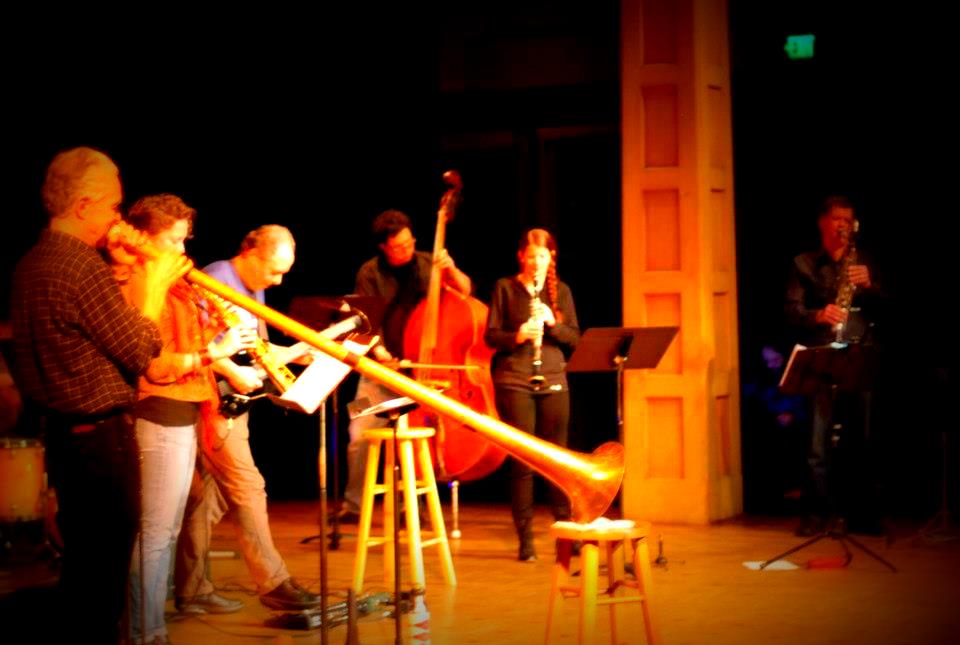 Back in issue #23 (2001), we interviewed guitarist Dennis Rea, who had been an active musician for many years at that point, with a varied and interesting career. He talked about his accomplishments up to that point and his plans for the future. From the perspective of that time, we’re now more than ten years into the future, so it seemed like a good time for a new interview and get some updates on the things he talked about.  » Read more
(Posted by Jon Davis 2015-10-02)

Of Lions and Salads —
The Miriodor Interview 2014 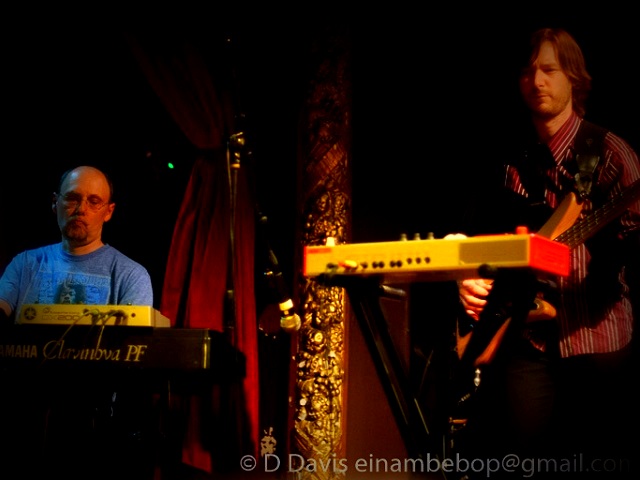 The scene: Sunday dinner break at a loud and busy cafe a few doors down from the Columbia City Theater in Seattle. The previous night Miriodor had given an outstanding headlining performance on the first night of the second Seaprog festival. The whole band was on hand to reflect on that performance, and the 35 years on from their humble beginnings in Quebec City.  » Read more
(Posted by Peter Thelen, Jeff Melton 2015-02-18)

Shooting at the Moon —
The Moonjune Interview

Leonardo Pavkovic has been a supporter of progressive rock and jazz for over 25 years. Beginning as a label rep in New York City, he eventually became the founder of the one of the last true American-based labels supporting diverse international artists and music across the globe. Pavkovic has a passion for Indonesian music, which has been his label’s focus for the last few years.  » Read more
(Posted by Jeff Melton 2015-01-29)