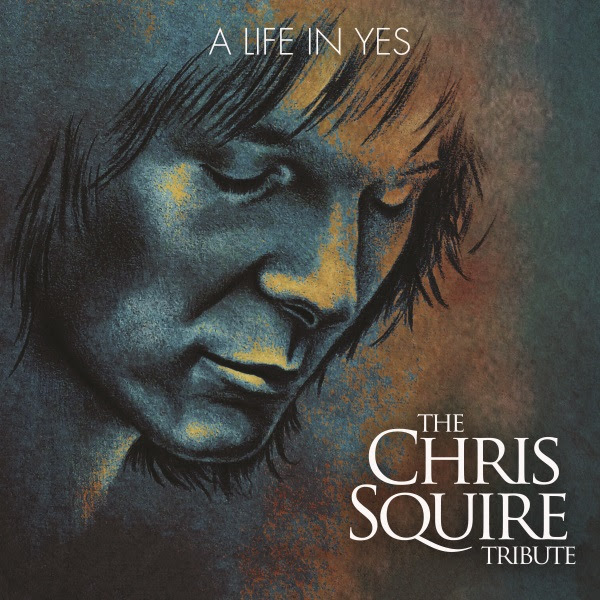 It wouldn’t be hard to make the case that Chris Squire was one of the most influential bass players in the history of rock. Even outside progressive rock, anywhere someone is using a picking style with a trebly attack and presents the instrument high in the mix, co-equal with guitar or keyboards, influences can probably be traced back to Squire’s work on the first few Yes albums. So it’s natural that after Squire’s passing, a lot of musicians would be up for paying tribute by remaking some of his better known tunes. My question to these musicians is this: Is it a better homage to recreate Squire’s playing note-for-note or to use his playing as a springboard for something of your own? (I suppose that’s the question with any album recorded as a tribute to anyone, but it certainly applies here.) Virtually all of the contributors to A Life in Yes go the former route, reproducing the original arrangements faithfully. If it weren’t for the obvious presence of singers other than Jon Anderson (or Squire himself at times), most listeners wouldn’t be able to tell this wasn’t recorded by the honoree himself as a kind of career retrospective. There are no weak links here, with all the renditions professionally done and expertly played, but neither is there anything that strikes me as a notable contribution to the legacy of Chris Squire. Annie Haslam’s version of “Onward” is quite lovely, and “The Fish” (which is credited to Sonja Kristina though she only contributes to the very beginning and the end) has a bass solo which is really good and not mere copying — the credits are vague, but I’m guessing Billy Sherwood is responsible. “South Side of the Sky” is tackled by David Sancious and Steve Stevens, and barring the piano part in the middle section which doesn’t sound at all like something Rick Wakeman would play, it’s virtually identical to the version on Fragile. Jon Davison and Patrick Moraz present a version of “On the Silent Wings of Freedom” that adds absolutely nothing distinctive to the piece, and Nikki Squire and Dweezil Zappa give us a version of “Owner of a Lonely Heart” that is almost completely redundant, even featuring the dated use of sampled orchestra hits, which seemed so innovative in 1983 but are hopelessly cliché now (to be fair, Zappa’s guitar solo is interesting and not copying Rabin’s original). Perhaps the most interesting tracks are the two bonus cuts at the end, both of which feature Squire himself. “The Technical Divide” is from The Prog Collective (2013) and “Comfortably Numb” from a Pink Floyd tribute album.