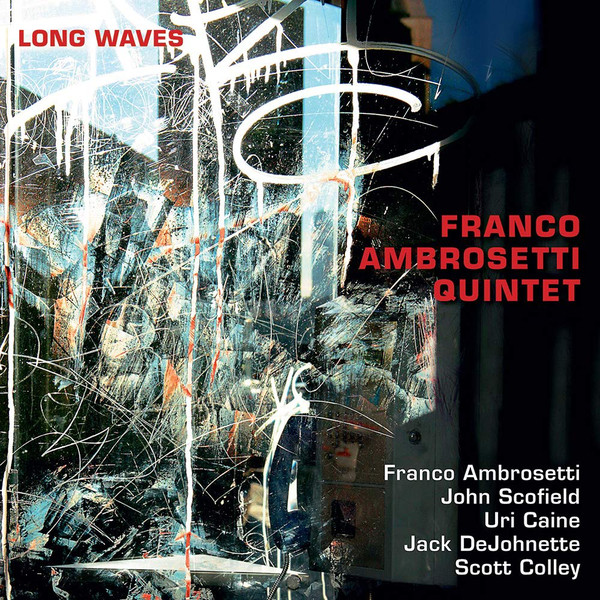 I was unfamiliar with Franco Ambrosetti’s name before this CD arrived, though I had probably heard him play on something given his extensive history in jazz. In any case, this quintet release finds him playing trumpet and flugelhorn, working with John Scofield (guitar), Uri Caine (piano), Jack DeJohnette (drums), and Scott Colley (bass) in a relatively “straight” set of four Ambrosetti originals and three covers. By “straight” I mean there are no free explorations, no electronic incursions, and no hints of rock, funk, or hip-hop — this is post-bop jazz ranging from slow ballads to mid-tempo swingers, and all the players acquit themselves well. Scofield provides the most interesting solos, with his usual high-caliber playing, though most of the tunes remain in a low-energy realm that doesn’t lend itself to excitement. Colley provides a few notable solos as well, and even DeJohnette gets a spot — I suppose if you’ve got Jack DeJohnette on board, you’d be foolish not to give him a solo. To my taste, the upbeat tunes (“Try Again,” “One for the Kids,” and “On Green Dolphin Street”) are the highlights, as the slower tunes are too smooth to be interesting.