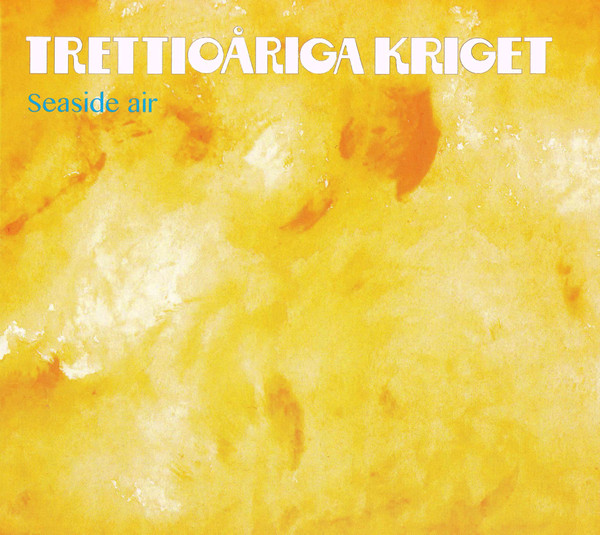 On Seaside Air, Sweden’s long-running band presents seven songs with English lyrics after decades of singing almost exclusively in Swedish. Musically, the sound is pretty much the same, with excellent guitar work, strong vocals, imaginative arrangements, and plenty of Mellotron. And although the pronunciation of the lyrics is somewhat accented, it’s not problematic, and the lyrics themselves are good. “The Photograph” is an interesting case. It starts with a catchy rhythm on clean electric guitars, then brings in a lovely Mellotron flute part; after this upbeat intro, they take it down a couple notches for the first verse, a thoughtful meditation on looking at an old photograph, wondering what was going on in a somewhat cryptic scene. All the qualities that have made Trettioåriga Kriget an enduring presence are here, from Christer Åkerberg’s lead guitar and Robert Zima’s acoustic backing to Stefan Fredin’s melodic bass lines and Dag Lundquist’s tasteful drumming, all filled in with Mats Lindberg’s lush keyboards. Fredin and Zima take turns on lead vocals, with Lundquist contributing backing. Amazingly enough, this is the same lineup that recorded their debut album back in 1974 with the exception of Lindberg, who joined in 1978. Needless to say, these guys know how to put songs together, and if the music isn’t quite as full as youthful energy as they had in the early days, they make up for it in confidence and good taste. Not that any of Seaside Air is sleepy sounding. Åkerberg and Zima have a way of using chords in unexpected ways, with what might be considered jazzy extended voicings that are not common in rock. And the song arrangements often take unexpected turns, be they tempo changes or abrupt mood switches. I’m kicking myself for not getting onto this great album when it came out in 2016, but I’ve got it now, and I’d recommend it to other fans of creative rock music, especially those who are familiar with the band’s earlier music. This is one band that has endured for decades without losing the spark that made them interesting in the first place.