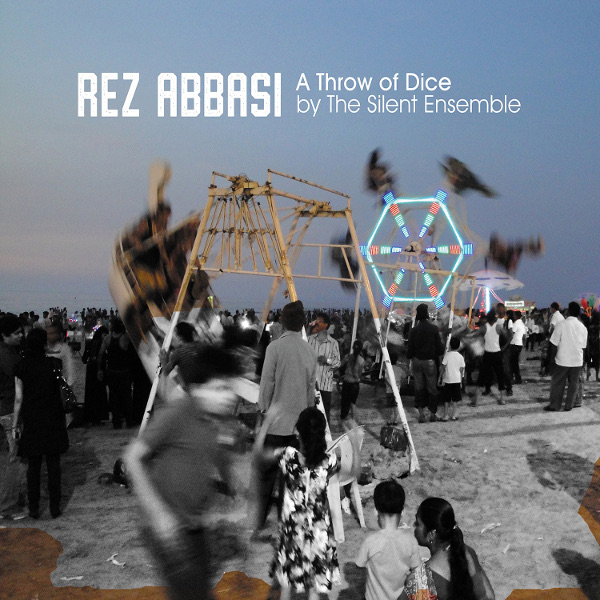 Here at Exposé, we have to date covered guitarist Rez Abbasi in several different ensembles. There was his group Junction on Behind the Vibration (2016), with Invocation on Unfiltered Universe (2017), as a member of Rudresh Mahanthappa’s Indo-Pak Coalition on Agrima (2017), and in a duo with harpist Isabelle Olivier on Oasis (2019). Not one to let the past guide the future, A Throw of the Dice features Abbasi with The Silent Ensemble, which (not being silent at all) includes Jennifer Vincent (double bass, cello), Jake Goldbas (drum kit), Rohan Krishnamurty (mridangam, ghatal, kanjira), and Pawan Benjamin (saxes and flutes). In the ranks of albums combining South Asian music with jazz, A Throw of Dice has a distinctive flavor, largely due to Krishnamurty’s percussion. Mridangam drums have a deeper, more earthy tone compared to tablas, which we’ve heard more often, which lends the music a mood that is somehow more emotional and less intellectual than — for example — John McLaughlin’s Shakti ensembles. Abbasi’s own playing, which tends more to fluid than fiery, favoring dense arpeggiated chords rather than quick melodic lines, along with a style of bending strings that echoes sitar playing. The cello and bass, when bowed, add a touch of European classical chamber music to the proceedings. This hour of music was written to accompany a 1929 silent film of the same name, and is edited somewhat from the full score (the film, along with the complete music, is available from Abbasi’s website). As with many silent films, there are multiple soundtracks that have been attached to it, and I definitely prefer this version to the orchestral ones I’ve sampled. But this is certainly a case where the music works on its own, presenting a lovely fusion of jazz and Indian music that is melodic, inventive, and enjoyable to hear.