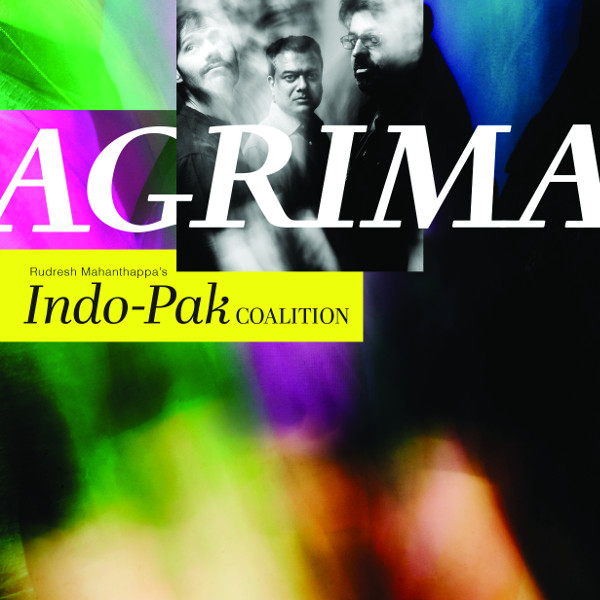 I’m going to spare you the comparisons to other jazz sax players and just flat-out say that Rudresh Mahanthappa is one of the best players today in terms of creativity and having a distinctive voice. With Agrima, we find him in the context of his Indo-Pak Coalition, a trio previously featured on Apti back in 2008. Mahanthappa’s cohorts in the group are guitarist Rez Abbasi, whom we’ve covered on some of his solo work, and percussionist Dan Weiss, who handles kit drums, tabla, and electronics. All three musicians are well versed in both jazz and South Asian traditions, but what they’ve created is almost more akin to multicultural rock than most previous Indian / jazz collaborations. If you think of John McLaughlin’s Shakti being the prototype, Agrima is almost unrecognizable. Abbasi gets in some of his best playing yet, with fuzz-laden drones, wildly unhinged leads, and subtle use of feedback and effects, like a hybrid of McLaughlin, Bill Frisell, and Steve Tibbetts. His unaccompanied intro to “Revati” is one of the album’s highlights, and features some amazing backwards-sounding phrases and soundscape washes that sound like heavily processed echoes from his live part. Weiss is equally adept on tabla and drum kit, and has a way of playing the kit that is more akin to the propulsive flourishes of the tablas than standard drum set parts heard in jazz or rock. His use of electronics is not overpowering, just occasional keyboard-like sounds and synth noises. Mahanthappa’s playing is superb, applying extended techniques to complex melodic lines without losing the flavor of the notes and never just screeching. I think there is some subtle use of electronic effects on his parts as well. He also manages to come up with parts to back Abbasi’s lead parts without getting in the way or sounding like he’s trying to steal the spotlight. Over the last 50 years, many artists have combined Indian music with jazz and rock, but nobody has done it quite like this. No matter what section of the store you file it in, Agrima is an outstanding release.

John Cale - Words for the Dying – I have to admit an orchestral setting for a set of Dylan Thomas poems reminded me of many of the criticisms for many a 70s progressive rock concept album. John Cale's arrangement of this collection of...  (2004) » Read more

Is Pyrior a Space Rock Band?