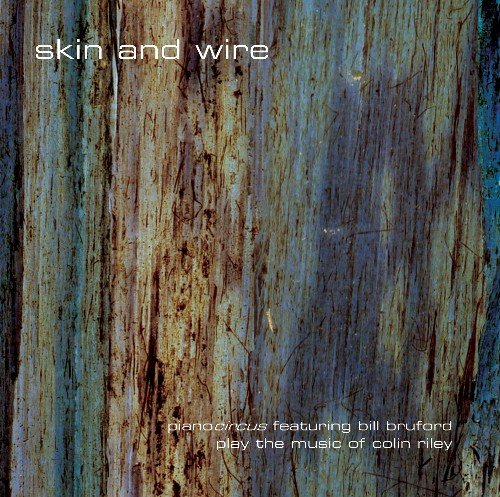 Bill Bruford’s last new studio recording before his announced retirement is seamlessly intertwined with the improvisational two man, two woman unit Pianocircus. Performing the compositions of programmer Colin Riley offers the ex-Yes/Crimson skin beater much in the role of percussionist, as well as gnarly-ass timekeeper always keeping the well-tuned listener on his proverbial toes. Whether on toms or tuned percussion, interacting with four keyboardists interpreting the programmer’s palette, so to speak, is a bit of a challenge for any rhythm section but is perhaps best conceived on “Pale Corridor.” Riley’s sampling of the electric keyboard presents a blurred key attack as well layering the song backdrop with skitter surface noise. One can almost consider this recording a revisiting of the electronic percussion Bruford pioneered with the first Earthworks recording, but with an updated technological bent and better overall recording. When compared to Bruford’s drum and keyboard albums with Patrick Moraz or, more recently, Michiel Borstlap, improvisational tone and color are much more the form in play here. The drummer switches to hand percussion to pepper a head bopping piece entitled “Achilles’s Feel,” then onto a complete (and effective) sonic breakdown of tempo on the “Without a Hand to Hold.” Surprisingly the disc becomes more amorphous as it ends with “Tear” and “Ebb Cast,” where a looping splintery cowbell is paired off against sparse acoustic piano. In summary it’s the kind of recording one would expect Bruford to end his career with: challenging and unconventional.