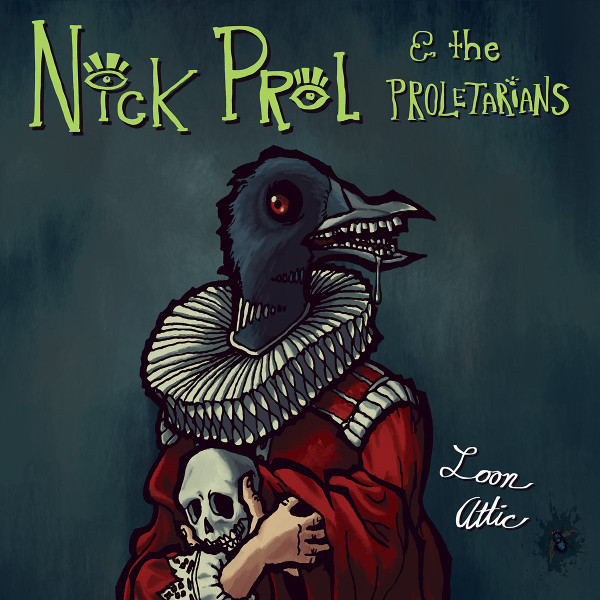 How often does it happen that something wonderful comes unexpectedly out of left field and really amazes you? Probably not often enough. When I started hearing about Nick Prol on Facebook, I had no idea what was going on, but the list of musicians involved in his project was impressive. Members of The Muffins, Thinking Plague, Sleepytime Gorilla Museum, The Mercury Tree, Cheer-Accident, MoeTar, and more contribute to Loon Attic, and their participation alone bodes well for the quality of the result. The album does not disappoint, and the music actually does have commonalities with all of the players’ bands. It’s all mashed together into a tasty Prol Stew consisting of 23 relatively short tracks, the longest clocking in at 4:10 and with several under a minute long. There are elements of 5uu’s complex RIO songwriting, insane Cardiacs arrangements, Gentle Giant polyphony, goofball sampled voices and sounds, and more, making for one of the most creative albums I’ve heard in a long time. I suppose die-hard symphonic fans won’t find much to latch onto, but for listeners with the slightest taste for the offbeat, this is a smorgasbord of tasty tidbits. I’m reminded of the line from Elton John’s “Benny and the Jets” — “Oh, but they’re weird and they’re wonderful.” Nick Prol is both weird and wonderful, and this album is both challenging and entertaining from beginning to end. There are too many highlights to list, and if there’s a flaw, it’s that when a really cool idea pops up, they move on to another idea when they could have given us a little more. Incidentally, for those who already enjoy this album, some other recent releases along similar lines would include Ashley Reaks and Jim of Seattle.