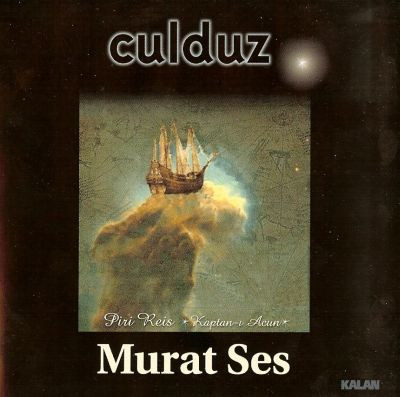 Murat Ses, a Turkish synthesist, has completed his exploration trilogy with Culduz, his first CD release. I was impressed when Murat released Binfen (part two) several years ago. Culduz is a marked improvement. Containing 10 tracks, Culduz is an amalgam of East meets West cultures. Each track has its own distinctive voice. Whether it is the Euro-synth pop of "Humbaba," the pseudo-harmonic chanting on "Ulug Bey," or the watercolor washes on "Cathay," Murat’s music delights the ear. Not afraid to try new ideas, Murat successfully integrates a slightly out of tune piano sequence as the foundation of "Azimuth," coincidentally the high point of the disc. To this foundation, he adds layers of drum machine, blown bottles, oboes, etc. evoking images of belly dancers and whirling dervishes. Also of note is "Piri Reis (Kaptan-i Acun)," a listening experience where you would be well advised to apply sun block as the blistering electronics are likely to fry your skin to a crisp. Rounding out the disc are two interesting tracks, "Creuset" with its sampled Arabic chanting and "Seven Seas" with its ascending/descending organ wavelets, electronic surf, and sonar pings. Support this independent artist and allow Murat Ses to transport you on a musical journey of discovery through Middle Eastern culture.