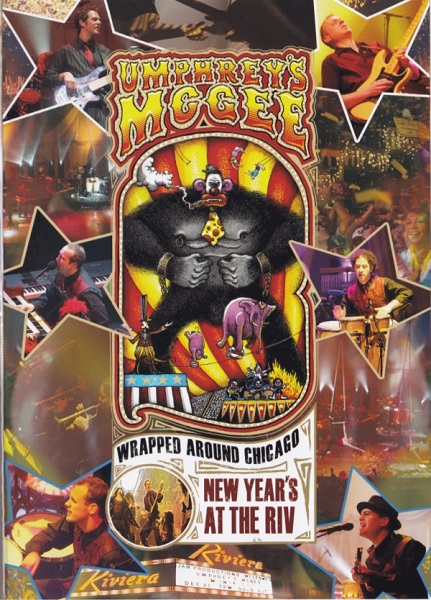 Umphrey’s McGee occupies one of those favorable music niches somewhere between late era Phish and the Dave Mathews Band. The jam band moniker has been a complete benefit for the six-piece act as the twin-axe attack of Brendan Bayliss and Jake Cinniger shows why their interaction isn’t just a natural extension of the Dead or the Allman Brothers. Maybe it’s because the band has the chops to mix it up and gives space to drummer Kris Myer’s adeptly played percussion solos. At times the group recalls Bruce Hornsby’s classy jazz excursions as on “Great American” or the funky “Sociable Jimmy.” Bayliss is a great soloist, using economies of style across the disc and giving room to Cinniger’s flights of fancy. Like Phish’s Halloween shows, Umphrey’s adds a few twists of their own at this extended New Year’s evening gig complete with parading midgets on “The Crooked One” that sounds more like Gwar with less obnoxious visuals. Disc two shows the group with an expanded brass section on “Ophelia” catering to a Dr. John New Orleans style groove. “Nopener” even takes the band into lounge format with Bayliss switching off to drums and the players showing scope to their skills with a spoof on the Brat Pack ala the Tubes. “Miss Twinkle’s Overture” shines as the best performance on disc as the band interplay is tight and inspired. The only popular cover is a slippery take on Peter Gabriel’s “Sledgehammer,” which comes off solidly with a pumping low end that is nearly as infectious as the original. Overall I’d say the band it one hot ticket not to be missed for a year’s end bash.