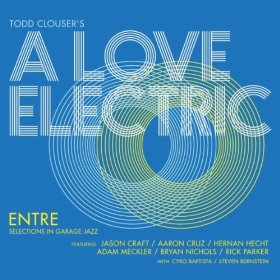 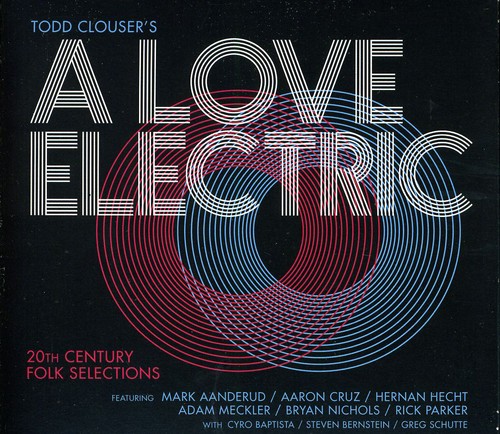 For 2012, guitarist Todd Clouser gives us two CDs, one of original music (Entre) and one of cover tunes (20th Century Folk Selections), some of them arranged nearly beyond recognition. Buddy Holly's "Everyday" is reimagined in 5/4, and you might not know that's what it was without reading the track list — then it's "Oh, yeah, I hear it now." Tunes from Neil Young, Nirvana, the Velvet Underground, Beastie Boys, and others are given similar treatments. Just the other night I was chatting with a jazz musician about how covers are treated too reverently these days, so it's good to have counter-examples, somebody who's doing it right. "The Needle and the Damage Done" sounds like something from Miles Davis in the mid-60s, with distorted electric piano and a cool groove; "All Apologies" is reworked as a mellow soul-jazz tune with some tasty piano from Mark Aanderud. Clouser also has the good sense not to extend every arrangement with multiple solos from every player — tracks range from three to nine minutes, so there's a good balance. You also get a slow psych-funk groove and a more conventional jazz ballad.

So that is A Love Electric taking on some "modern folk music" — how about the original tunes on Entre? No disappointments there. Right out of the gate we have "No Luck Woodpecker," a funk strut with real grit and catchy horn parts. Then "Mob Walk" with a different take on funk and some great grungy Rhodes from Bryan Nichols; its rhythmic hook should have you grooving on the inside if not the outside. "This Means Love" starts out like it's going to be a tender ballad, then gets in your face with a killer riff in 7/4. Other tracks mine other veins, with trumpet most often in the lead role on the melodies. Clouser's guitar is the most frequent soloing instrument, though everyone gets their turn at some point. The thing that really shines about this music it that it sounds very warm and human, not clinical and precise. For fusion fans, there are some similarities with early 70s Nucleus, as well as something like Gary Boyle's Isotope with a horn section, though with a heavier funk base. Lots to enjoy here, I'd start with Entre unless you crave the anchor of familiar melodies.

Crack the Sky Weighs In