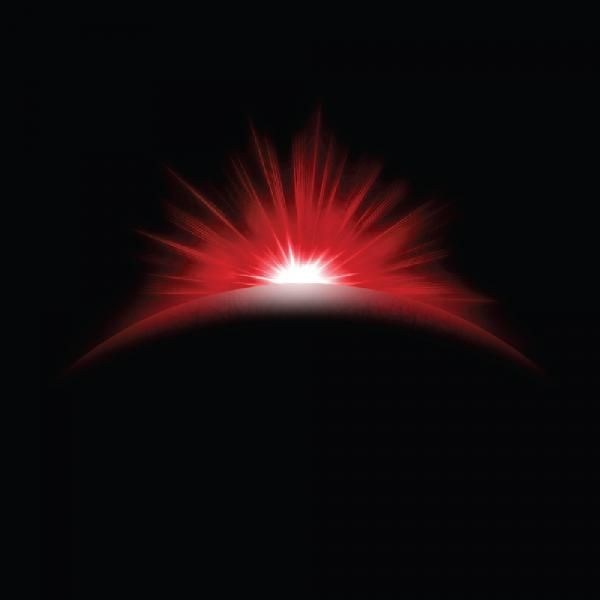 It seems like everything British prog rockers Tinyfish have done up to now has been a prelude to The Big Red Spark. It helps that there’s a solid continuity between this and the previous two albums, plus several of these songs have been in the band’s live repertoire for some time. If there’s anything different about this concept album (don’t’ ask me what it all means) it’s probably a harder guitar sound and less reliance on guitar synths to fill the middle ground in the arrangements (remember, this is a band without a keyboard player). Plus songs like “Rainland” and “The Final Act” have a visceral aggression not really seen on the previous albums. Rob Ramsay’s spoken word interludes continue to help define the Tinyfish sound, though he’s joined here by Iain Houston and Peter Godfrey (guitarist/vocalist — and even drummer this time — Simon Godfrey’s dad). They combine to give the proceedings an entertaining theatricality while breaking up the songs. A live string section even augments some of these pieces, as seen on “Building the Machine.” From a songwriting perspective, Simon Godfrey favors relatively straightforward verse-chorus style arrangements with accessible melodies, good vocals and enough hooks to keep everything listenable. Some Exposé readers may find this to be a tad conventional, though hopefully fans of modern British prog bands like Big Big Train and The Tangent will take the time to explore what Tinyfish has to offer. This particular package includes a bonus DVD with a making-of documentary plus several extra songs that didn’t fit within the concept album. Whether this is their best work is debatable, though I do feel the group set a higher bar this time and easily reached it. I only have one complaint: dark gray text on a black background is bloody hard to read!