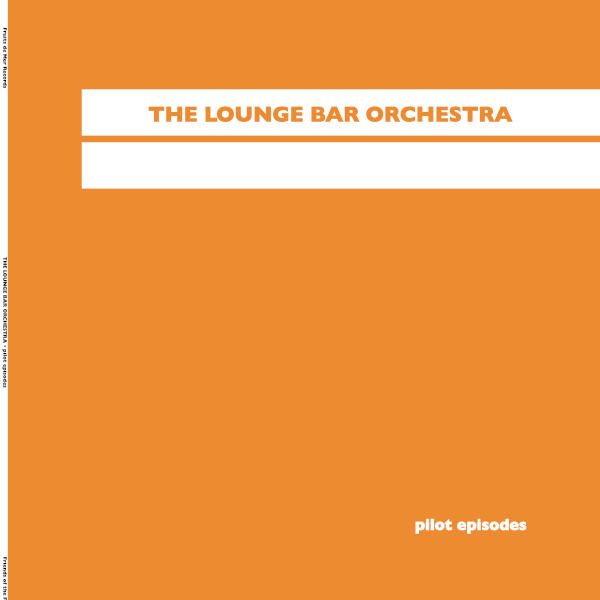 Not one to shy away from oddball music, even if it is not remotely psychedelic, Keith Jones of Fruits de Mer, in partnership with Greg Healy (aka The Lounge Bar Orchestra), has issued an album which has purportedly not seen the light of day in over 40 years, Pilot Episodes. Legend has it that band leader and composer Reg Omeroyd assembled a team of musicians in the 60s to compose and record incidental music and themes for Ousewater Television shows. Then in 1974 Reg took The Lounge Bar Orchestra to a drafty former aircraft hanger and worked 18-hour days to record a host of imagined TV themes that Reg described as his “most forgettable collection of ordinary tunes.” Typically British, these instrumentals never made it across the pond for a good reason — they did not exist until now. So what we have today on this limited edition LP is nine pseudo-TV show themes with names like “Fresh Laundry,” “Inspector Yoohoo Calls,” “Wake up to Craft,” “Miriam and Roger,” “Operation 222,” “The Malvern Detective,” "Queenie of the Desert,” “Untitled End,” and “Brassy Operation 222.” Common across the prog-pop instrumentals are lots of strings and analog keyboards. Some of these odd instrumentals can be quite interesting, such as the dark sleazy lounge music of “Operation 222,” which is remixed with a lot of brass to create a better track, “Brassy Operation 222,” the dreamy and almost Twin Peaks styled “Inspector Yoohoo Calls,” and the sweeping desert vistas of the romantic and cinematic “Queenie of the Desert.” Then there is “Untitled End” that is entirely different from the rest of the album with its dissonant keyboards, brass, and drums. If you are in the mood for something completely different, and allegedly unearthed from the ancient past, then be sure to check out Pilot Episodes.

Die Knödel - Panorama – Well I thought the RIO movement was going trad. on us when L'Ensmeble Rayé's last CD hit the shelves, but now they really have gone and done it. Here is something you would expect to...  (1999) » Read more

The Goats Have Black Eyes Too