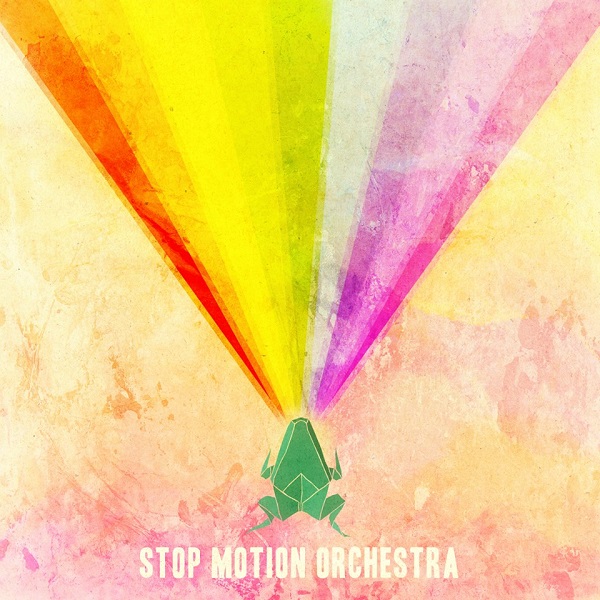 In 2013 there was a viral YouTube video of an elderly lady playing drums in a Wisconsin music store. She was dubbed Grandma Drummer. Austin’s Stop Motion Orchestra used this video as inspiration for the opening track “Mystery Grandma” on their debut album. Austin’s burgeoning progressive rock scene is producing a variety of new and refreshing music, far from what you would expect out of Texas. Case in point is Stop Motion Orchestra. Formed in 2013 and led by Mohadev, Stop Motion Orchestra composes and performs Rock in Opposition instrumentals. Their debut album is a set of eleven intelligent instrumentals. I saw them perform live on October 2, 2014 in a small venue in Austin and they gave a great performance which I captured on video. Mohadev cites The Cardiacs as a major influence and Stop Motion Orchestra covers "T.V.T.V." on this release. There are so many different and fresh ideas on this album I don’t know where to begin. Stop Motion Orchestra is the quintet of Louk, Alden, Mohadev, Josh, and Henna. Performing live they are stripped down to guitar, drums, sax, violin, and keyboards. In the studio Mohadev plays a variety of additional instruments. Their music is characterized by dissonant guitar, abrupt rhythm changes, fiery violin solos, crazed sax passages, and some cool bass synth riffs. In addition to the influences they site on Facebook (Albert Marcoeur, Cardiacs, Fred Frith, Zappa, and Magma) I detect a strong French electronic influence, ala Besombes and Rizet, as well as Present, Weather Report, and even some klezmer. Most of the eleven songs are in the three- to four-minute range, which is just the proper length. And there is a surprise on track 8, “Mono Interval,” that is an exquisite piano interlude. The two outstanding tracks in my opinion are “News and Ice Cream,” featuring amazing violin and guitar interaction, and the closing track “Mono No Aware” with acoustic guitar and a strong Morricone – Spaghetti Western vibe.

With one foot firmly in the rich bed of Euro-folk and another in a more classic melodic proggy space, this Austin based quintet brings a lot of great ideas to the fore with a snappy and clever songwriting style and an interesting combination of instrumentation. De-facto bandleader and primary composer Mohadev plays guitars, keyboards, banjo, bass, computer and other stuff, pulling together a wide array of compositional ideas that all mesh together well, but still challenge conventional senses. The melodic front line also features Louk Cox (soprano and tenor sax) and Alden Doyle (violin and sampled violin), and together these three bring some brilliant and catchy material to life, while the rhythm section of drummer Joshua Carruth and synth-bassist Henna Chou keep the edges sharp and the angles compelling. Seven more musicians guest on various cuts as needed, contributing bass, vibraphone, piano, percussion and more. The only non-band composition here is a cover of The Cardiacs “T.V.T.V.,” a great choice which is also the hardest rocking piece among the eleven tunes, and no doubt one window into the band’s influences. On the chamber-rock side I suspect Thinking Plague might also factor into their influences, although with their more melodic approach I am more often reminded of the Virginia based band However, especially on tunes like closer “Mono No Aware”. The folky elements blend into their sound perfectly, and certainly will recall elements of Debile Menthol and L’Ensemble Rayé, even a touch of Begnagrad. The listener may find it surprising that Instant Everything! is in fact Stop Motion Orchestra’s debut; they certainly sound far more together than do most bands on their opening salvo, and hopefully this is the first of many more to come.