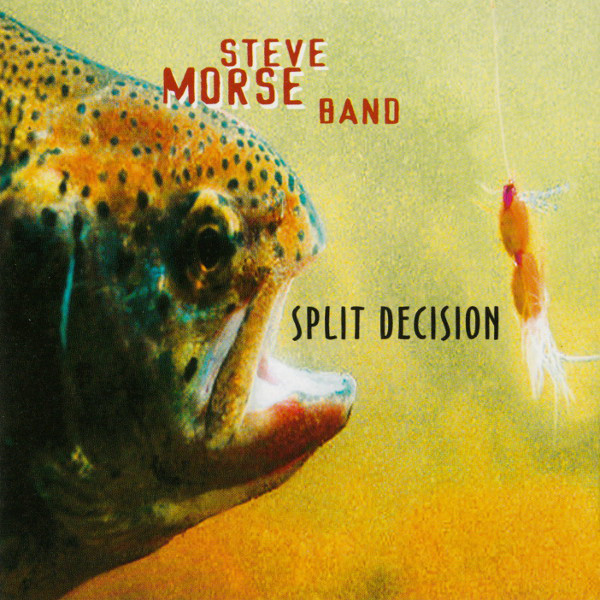 Steve Morse is back with his second recording for the Magna Carta label and he turns in a predictably outstanding effort. While the concept is not as compelling as last year’s solo effort (Major Impacts) that paid homage to Morse’s influences, Split Decision shows a side of his playing that has clearly been underexposed. The album title comes from Morse’s indecision regarding the direction of the album. Unable to decide upon a harder rocking approach or a more melodic focus, the guitarist wound up doing both. The real gems here are the five “mellower” pieces (his description, not mine). Unlike the simple classically influenced acoustic outings on past albums, each of these tracks is a fully realized composition that allows Morse’s wonderful melodic sensibility to shine. Many combine acoustic and electric guitar and feature an excellent interplay of instruments with a pristine sonic perfection. Of course Morse and his long-time bandmates (bassist Dave LaRue and drummer Van Romaine) can also rock with the best, and their fleet-fingered fusion incorporates plenty of power chords and smoking solos. The programming puts all of the harder rocking tracks up front and finishes with the five more tuneful pieces, so the mood changes a little more than halfway through. Magna Carta is establishing itself as a label that caters to top musicians and brings out the best in them. Steve Morse rises to the challenge with an album that weds his virtuoso playing with a very melodic approach.