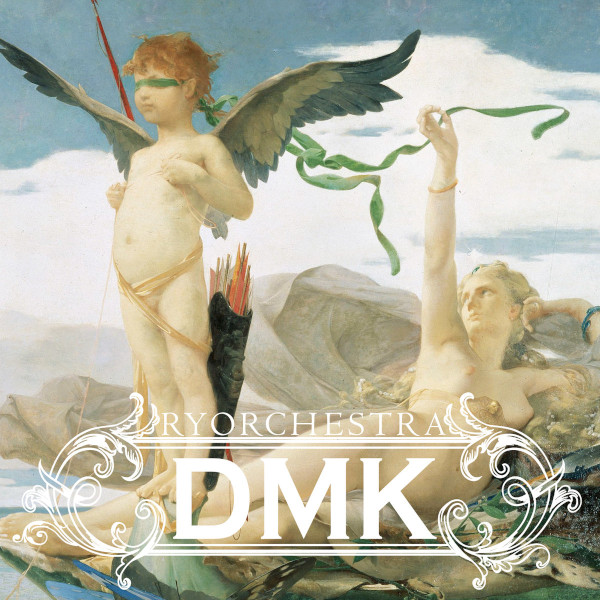 I love it when a musician known for one kind of music ventures into a different style and manages to nail it. My view that genre labels mean nothing is reinforced when, for example, a saxophonist known for avant jazz puts together a progressive rock project. Which is exactly the case with Ryorchestra. Ryoko Ono recorded an album of free improvisation a couple of years ago with drummer Rogier Smal (Wood Moon), and has worked with Acid Mothers Temple and Tatsuya Yoshida, covering a fairly wide range of saxophone sounds, but her Ryorchestra project features her in a leading role with two guitarists, bass, drums, and two singers. Ono herself plays alto sax, flute, keyboards, and sings as well as writing the material. If the album title DMK suggests a Magma reference, it’s no accident. Some parts of DMK are squarely in the zeuhl style, but the real joy of it is the fact that many parts don’t sound much like Magma at all. Koenjihyakkei is what comes to mind at times, though Ryorchestra has more jazz flavor, and where Koenji ventures into super-tight composed passages, Ryorchestra is more likely to dabble in absurdity and unhinged improvisation. At times they present an insistent odd-meter riff with chanted vocals worthy of Vander and company, but it will be topped by a wailing saxophone. Or a throbbing background with a wild guitar solo will be accompanied by vocals out of a Central Asian folk ensemble. The track called “Laura Palmer” is a particularly notable example of Ono’s creativity. It starts with an eerie bowed cymbal and a guitar pattern that’s along the lines of something King Crimson would do, but then a piano comes in with some vaguely jazzy dissonant chords. Then there’s a crashing chord and a growling male voice that sounds like a refugee from a death metal band. A passage of Magma-like chanting builds up to… a delicate piano interlude more reminiscent of Mozart than Vander. This intercuts with the heavy riff for a few rounds, then wanders into more riffing with vocals much less controlled than you’d hear in Magma. “Naferisco” features backing from barnyard noises like sheep, pigs, and geese, and the combination of musical intensity and silliness is something quite foreign to zeuhl. Simply put, this album must be heard to be believed, and listeners who value free-ranging creativity fused with technical abilities owe it to themselves to check it out.