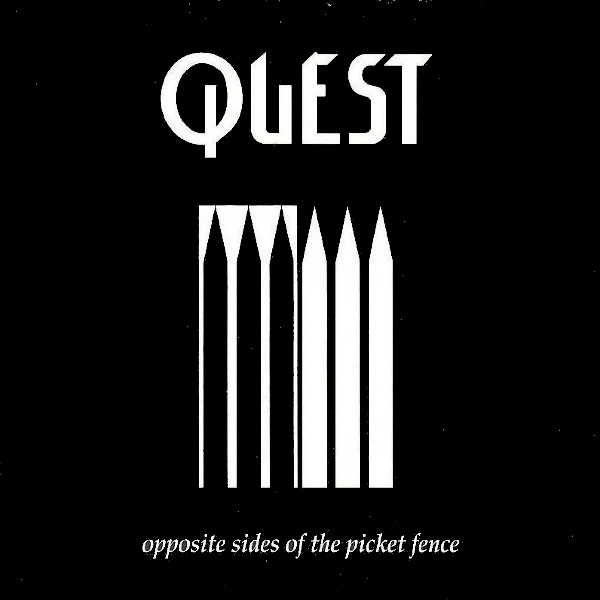 Quest is a new five-piece from Cleveland, Ohio, whose sound will immediately remind one of Rush. Lead vocalist Allen McKenzie sounds amazingly like Geddy Lee, and the music bears many similarities to Rush's past several releases. Mellow, strummed acoustic guitar sections give way to aggressive choruses and instrumental breaks that at times approach prog-metal in feel. The vocals are in the spotlight throughout the 11 tracks on this disc, and like Rush, the lyrics make an attempt, and occasionally succeed at, putting a poetic, intellectual spin on various current events-type topics. The music is performed quite skillfully, but as is typical of the neo-prog genre, the full musical potential of the group is rarely tapped. The few instrumental sections in which it is explored, however, are impressive, with plenty of idiomatic prog musical devices. This is one of the better neo-prog albums I've heard recently (which admittedly is not many), and fans of the genre should find Opposite Sides of the Picket Fence to be a solid and enjoyable release.