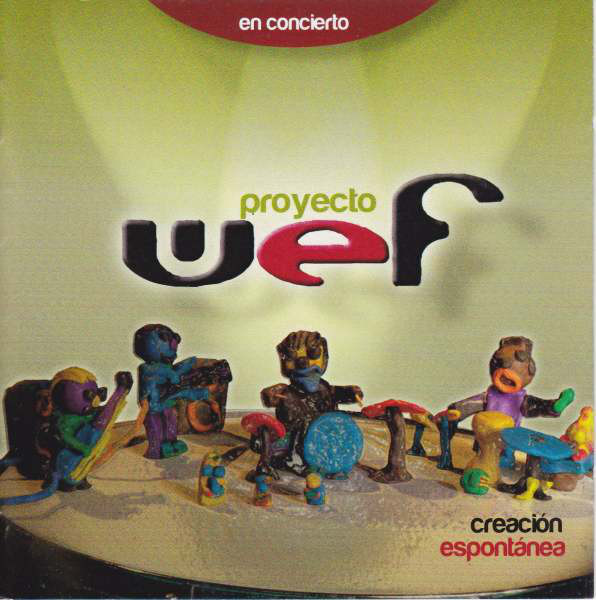 Each song is named “Creación Espontánea” followed by the appropriate Roman numeral, which gives the songs a kind of implied importance. They do deserve your attention, though. These fellows stood up in an auditorium in Mexico City and improvised their way through a program of entertaining jazz-rock, something like what you might hear if guitarist Steve Hillage jammed with an excellent Latin percussion section. Spontaneity is the key here, and fans of THRAKATTAK or Brand X’s Livestock will have much to enthuse about. Instrumentation is drums, percussion, guitar, bass guitar, saxophone, and keyboards, with vibraphone on a couple of tracks. The rock guys rock out, and saxophonist Germán Bringas gets into Ornette or Elton mode pretty much at the drop of a hat. Rocking out and skronking out is just what we needed! Pianist Gabriel Hernández provides a welcome interlude on the third track. The fifth part settles right into some kind of post-industrial wildlife reclamation area which the ensemble somehow makes work. This recording was mixed direct to stereo as it was performed. There are quite a few times when we wish we could push a few faders around to uncover a guitar solo with strange effects, or an acoustic piano avalanche. The group displays boundless energy on “Part VI,” as guitarist Chris Van Beuren gets wonderfully twisted up in his solo, with much applause from the audience. Overall it’s a great live performance that would have benefited from a more careful final mix down.

King Crimson - Level Five – Initially a limited edition live CD, Level Five joins the set of other interim releases prior to The Power to Believe. The process for airing new King Crimson material again is to rehearse a piece for...  (2003) » Read more