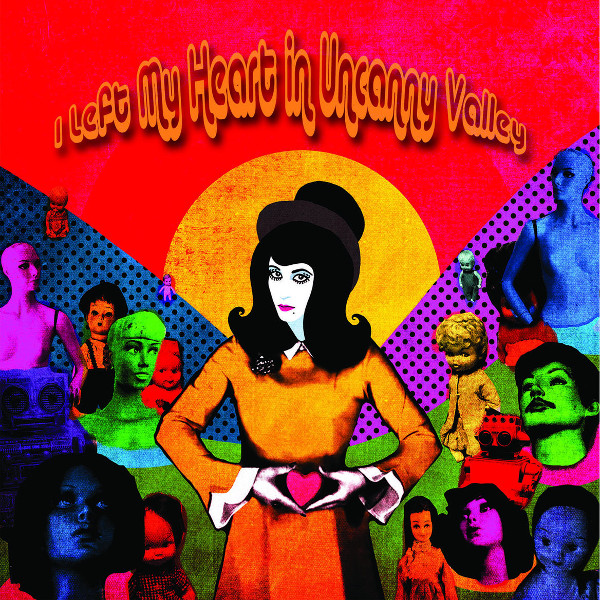 The Soft Bodies Bleed Out compilation was my first encounter with the enigmatic and intriguingly named Petunia-Liebling MacPumpkin. Just the artist’s name is more than enough to entice you to learn more. Now I have my chance with her latest release I Left My Heart in Uncanny Valley. This album is a collection of 19 twisted and bizarre songs with dissonant instrumentation and oddball melodies much like The Residents. Watching her videos is akin to viewing a quirkier vision of Pee Wee’s Playhouse. I am not sure what Uncanny Valley is, but the songs appear to be about its different denizens. The outlandish nature of the songs makes you wonder what is going on in her brain and how she is able to compose this music while at the same time remaining aloof from conventional songs. Petunia’s surreal compositions also exhibit influences from Der Plan, Pyrolator, Ptôse, Laurie Anderson, and possibly Primus (Les Claypool). Electronic percussion, rhythms, sound bites, processed vocals, and eccentric lyrics swirl and twist through your ears. The song from the Soft Bodies compilation “The Monosaccharide Inducer” also appears on I Left My Heart in Uncanny Valley and is not as eccentric as the rest of the songs. To give you an idea of the wacky lyrics, the song “Grandpa Susie,” which may be about a fish, has the couplet “Oh no, the scaly slime! I am running out of time.” And then there is a dialog between Susie and someone sounding like Laurie Anderson’s slowed down voice “Do you have a pogo stick? I’ll take that.” Some of the songs “tell” a story like “Bermuda Triangle” with its island beat interspersed with the sounds of a thunderstorm, surf, and airline pilot announcements as everything collapses. “City without Limits Theme Song” bears an especially strong resemblance to The Residents using a toy piano. And the final track is a nightmarish reworking of Al Jolson’s classic “Toot, Toot, Toosie! (Good-Bye)” similar to Morgan Fisher’s Hybrid Kids reworking of Christmas songs. So if you are in the mood for something completely different, check out this album.

The Residents - Demons Dance Alone – The last studio album from the Residents was Wormwood, back in 1998. In my review of that album (in #17) I remarked that parts of it were relatively accessible, at least from a Residents standpoint....  (2002) » Read more