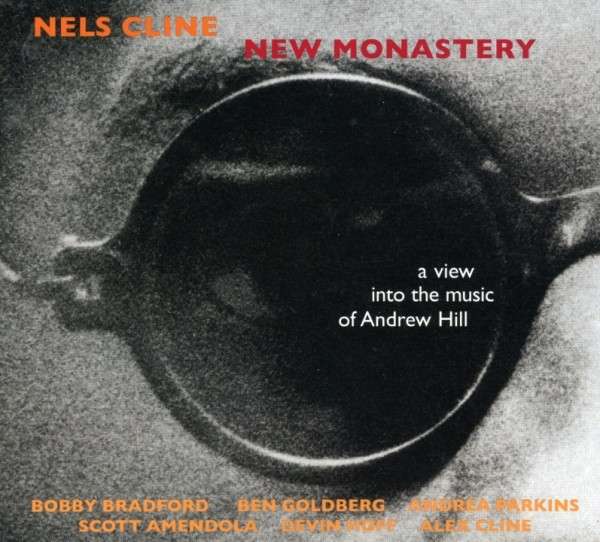 Nels Cline’s affinity for pummeling sound boundaries as well as working within jam bands and standard song structures (e.g. – Wilco) is now further realized within the works of another jazz composer. “A view to the music of Andrew Hill,” as the subtitle reads, gives honor to an icon of jazz piano with arrangements that purposely stray off any charts. Members of the Nels Cline Singers (sans vocal), including contrabassist Devon Hoff and drummer Scott Amendola, ground the sessions in a spirited jaunt through the composer’s catalogue. Clarinetist Ben Goldberg is the ace soloist across the disc. Starting with his unison then counterpoint playing on the opening cut “McNeil Island,” it’s clear that his role as improviser adds much weight to the recordings. Trumpet player Bobby Bradford veers closer to Dave Douglas’s means for jointly carrying many of the pieces through some volatile improv sections. Cline’s arrangements of the original material are open ended, allowing a lot of individual contributions from the ensemble, making it clearly a band recording rather than just charts and jams between old friends. Cline’s guitar playing itself combines a comping style similar to rhythm jazz masters while his abrasive roughshod dynamics encompass a method similar to what Henry Kaiser or Fred Frith would employ. Cline’s brother Alex contributes additional percussion on two of the tracks, adding weight to the project. Overall it’s an educated hats-off to a lesser known jazz great who recently passed and is only now getting his due.

Tell Me, Maddy, Why Are You Wearing Green Willow on Your Hat?