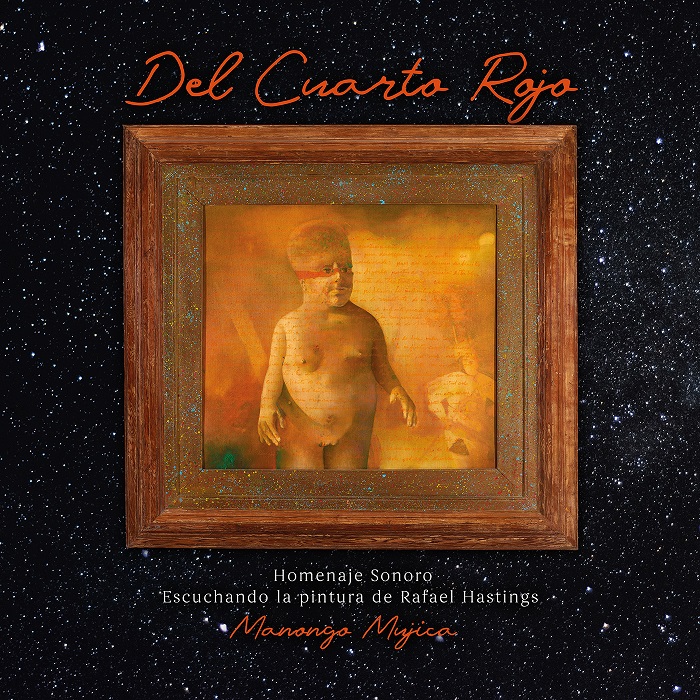 Manongo Mujica is a Peruvian composer and percussionist who we have covered fairly regularly in Exposé for the past few years. His outstanding collaboration with Douglas Tarnawiecki, Paisajes Sonoros, as well as his Paracas Ritual collaboration with Terje Evensen are just two, both highly original standouts. The release at hand, Del Cuarto Rojo (From the Red Room) has a very different genesis, beginning a couple years ago when Mujica learned that his longtime friend visual artist Rafael Hastings had passed away. In the middle of the pandemic, he began searching for sounds, which has resulted in the ten compositions that make up the album. The album’s subtitle is Homenaje sonoro escuchando la pintura de Rafael Hastings (A Sound Tribute Listening to the Paintings of Rafael Hastings), and it also served as inspiration for a new show by Hastings’ wife, dancer and choreographer Yvonne von Mollendorff. The ten cuts cross a considerable amount of musical territory, and feature some outstanding musicians including cellist José Quezada, violinist Pauchi Sasaki, saxophonist Jean Pierre Magnet, Terje Evensen (on electronic effects), and three of Mujica’s sons — Cristobal, Daniel and Gabriel — on percussion plus wind and string arrangements, as well as others. The sounds and ideas herein cover classically informed string ensemble pieces, moody ambient electronics, avant-garde concepts, and as one might suspect, there is a lot of percusiion (drum kit, hand drums, tuned mallet percussion, and more) on most of the numbers, even some beautiful female wordless vocals on “Voces del Mar.” The closing track “Humor Negro” (a bonus track on the CD and download)  is a bit of an odd one that doesn’t really seem to integrate as well with the others, with spoken voices through its entirety, and even including a short sample of an old Elvis Presley tune that self-destructs right in front of the listener. With Del Cuarto Rojo, the listener is in for an interesting and enjoyable journey.