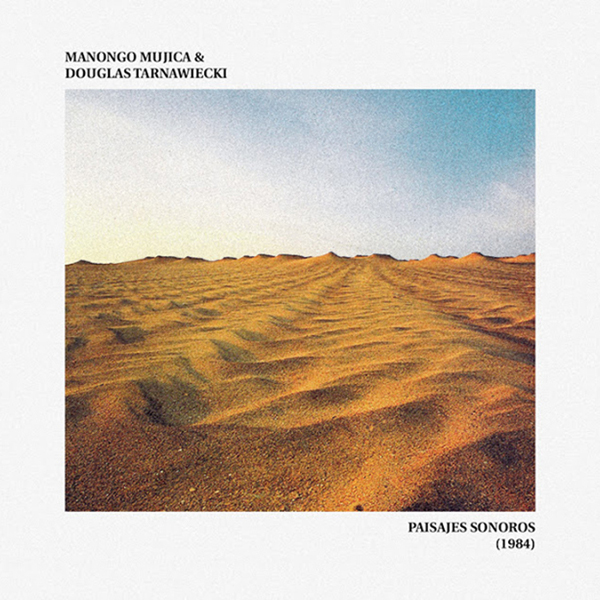 The recording at hand is #4 in the Buh Records Essential Sounds collection, an ongoing rescue project of several fundamental works of Peruvian avantgarde music. Subtitled ‘Pieces for tape, ethnic percussion and synthesizer,’ Paisajes Sonoros was originally released as a cassette tape back in 1984, the result of extensive research and travels by the two principals from the deserts of Paracas to the jungle, visiting marketplaces and the heavily used avenues of Lima, recording sounds of the ocean, the wind, and much more. With these recorded archives they composed a soundtrack at Sandro Li-Rosi’s sound studio and on it they added more Peruvian instruments. With a final result spanning from ambient to drone to tribal, these explorations of concrete music and collages crisscross with personal experiences and observations toward development of an ethnic sound. Tarnawiecki had met Manongo Mujica a couple years earlier, Tarnawiecki coming from the academic world, having studied composition and ethnic music studies in various locations around the globe, and Manongo having cut his teeth as a percussionist in psychedelic rock, now shifting his interests toward tribal sonorities, drones, and musique concrète. Their encounter with percussionist Julio "Chocolate" Algendones, a mythical figure of Afro-Peruvian music, was the trigger for the ethnic sounds and free improvisation found on this recording. Lastly, they would be joined by Arturo Ruiz del Pozo, a Peruvian electronic composer who had studied in London, and who had also begun his work within popular music. And so the musicians present on these two extended tracks are Manongo Mujica (metal drum, bells, rain stick, dishes, paper, drums, and kalimba), Douglas Tarnawiecki (canes, bells, gongs, flutes, Birimbau, African drum, wind, and organ), Julio "Chocolate" Algendones (quitasueños, silences, grave, bongos, cajón, and seeds) and Arturo Ruiz del Pozo (synthesizer, tapes, field recordings, and organ). The opening track, “Paisajes Naturales,” is a mere 48 minutes in length, and across its duration at several points fades to black completely, but prompltly turns a new page and moves on to something different. While one could, in all fairness call most of what’s here ambient music, and the pieces develop at a seemingly glacial pace, hardly a moment goes by where interesting sounds aren’t churning just below the surface, often rising up to the surface to lead the listener onward, but with four creative minds improvising, originative sonorities are always there in abundance at some level. The effect is completely immersive, like an ongoing travelog. After all that, the closer “Paisajes Urbanos” seems almost like an afterthought, but this is where the sounds shift from the natural world to the cultural-centric, where we hear numerous field recordings of singing, radio, and more blended into the ever-evolving sonic fabric. There is certainly more to this than can be absorbed within a single pass through, it keeps calling you back, and each spin reveals new things that went previously unnoticed. A wonderful amazing world of sounds!