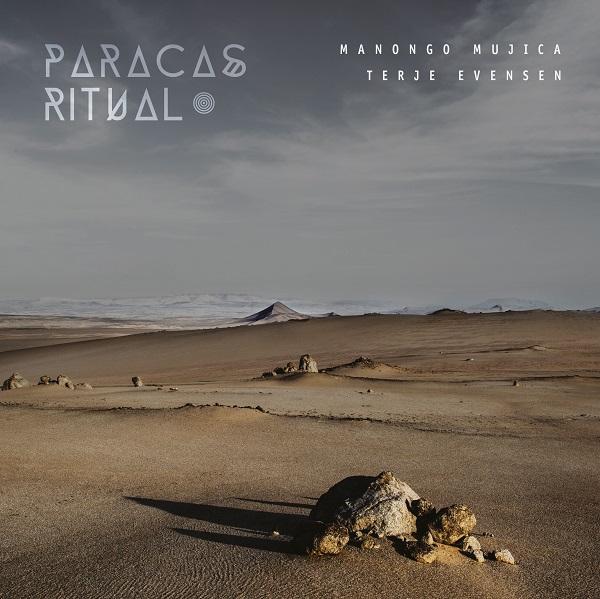 The Paracas people were an Andean society that existed from around 800 BC until 100 BC, best known for their contributions to irrigation and water management skills, as well as their textile arts. They inhabited the Paracas peninsula and surrounding regions of the southern coastal plains of Peru, roughly the same areas that would be host to the Nazca people for some 700 years after the Paracas culture faded out. Most of what is known regarding the Paracas culture today comes from excavations of large seaside burial sites on the Paracas Peninsula, which began in earnest over one hundred years ago. The recording at hand attempts to pay homage to this lost culture through what is believed to have been their music. Peruvian percussionist and composer Manongo Mujica has been active musically since the 80s, we have covered several of his earliest collaborations previously in these pages. For Paracas Ritual, Mujica teams up with Norwegian composer Terje Evensen, who specializes in modern jazz improvisation in combination with electronic elements, creating soundscapes of dramatic intensity. For this project, the duo offers the results of their investigation and research while in the desert and bay of Paracas as their first collaboration together, listening to, and recording the sounds of the desert and bay serving as the project’s inspiration. The double LP contains four long percussion-based tracks, one per album side. The opener, “Origins,” sweeps slowly into the listener’s consciousness, offering an exploration of percussive sounds (seed rattles, maracas, udu, gongs, cymbals, hand drums, and bells) against a rich backdrop of subtle field recordings, often punctuated by electronics fading in and out of the background as it shifts and swerves with regularity. “Nightmare at the Desert” follows, further combining sound art explorations, ambient percussive meditations, and free improvisation on the general theme, with electronics now becoming more noticable as the piece evolves through numerous sections. The listener can almost feel the warm winds and shifting sands of the Peruvian desert as it plays out to a beautiful conclusion featuring bells and gongs. With “Saga,” timbral electronics lead off, slowly evolving as the soundworld unfolds into gentle wind-like patterns; it’s a full seven minutes in before we hear any percussion, which adds subtle structure and complexity to the piece as it unfolds. The last side is “Drums Calling Winds,” with a most ambient opening of field recordings that doesn’t take shape until the five minute mark when hand drums guide the way forward, slowly evolving like a dream. All taken, Paracas Ritual stands as a most compelling work of stunning beauty, immersive in every way, with some ancient history thrown in as a bonus.