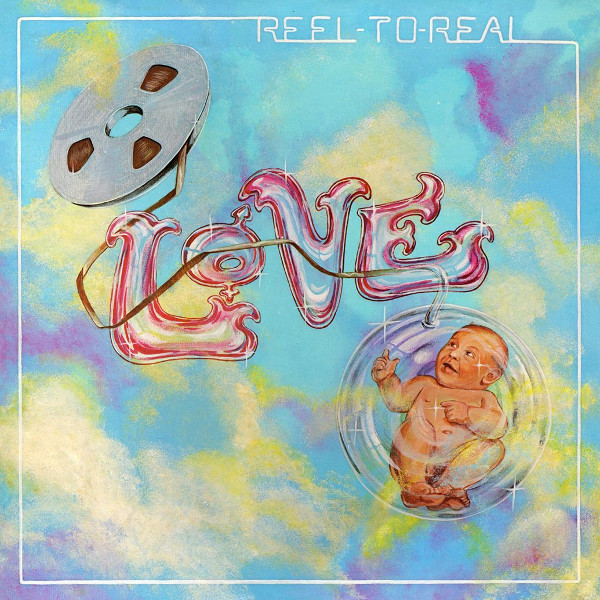 Arthur Lee and his band Love released two seminal psychedelic rock albums in 1967, Da Capo and Forever Changes. When their fourth album Out Here was recorded in late 1969 you could tell that Arthur Lee was starting to explore other musical interests and the successes of the early albums did not carry over, plus they were hopping from label to label. Their fan base continued to want more music like Forever Changes. In 1974 the new label, RSO Records, which had had great success with Eric Clapton, signed a two album deal with Arthur Lee. RSO President Bill Oakes assumed that by signing Love to the label and providing a big cash advance, that Arthur would produce a sequel to Forever Changes. However, Arthur was tired of that music and wanted to return to his Memphis roots. The result was a soul / funk blend of songs that tanked and RSO cancelled the second album after determining that they had wasted $200,000 on this album. Reel to Real went unnoticed for decades and is now reissued with a set of bonus outtakes and alternate mixes. Contained on the original album are Lee covering “Singing Cowboy” from Four Sail, and two songs from his 1972 solo album Vindicator, “Busted Feet” and “Everybody’s Gotta Live.” On other songs, Arthur is channeling Otis Redding, Wilson Pickett, Al Green, Stevie Wonder, Little Richard, and even a bit of James Brown funk in the brass section. Still other songs are blues rock / psych hybrids. Lee’s voice is charming and at times gritty. In retrospect this is a great album, but not the one everyone expected. It is no great surprise that it did not succeed in 1974. The bonus tracks offer a glimpse into what was happening in the studio. Several tracks contain dialog before and after the music. So do not expect the Southern California psych of the late 60s when you listen to the music. But there is music here worthy of notice.

David Cross - Testing to Destruction – This album is the answer to the question, "Whatever happened to that guy who used to play violin in King Crimson?" Don't get your hopes up, though, Larks' Tongues it ain't. I really hated this album...  (1995) » Read more