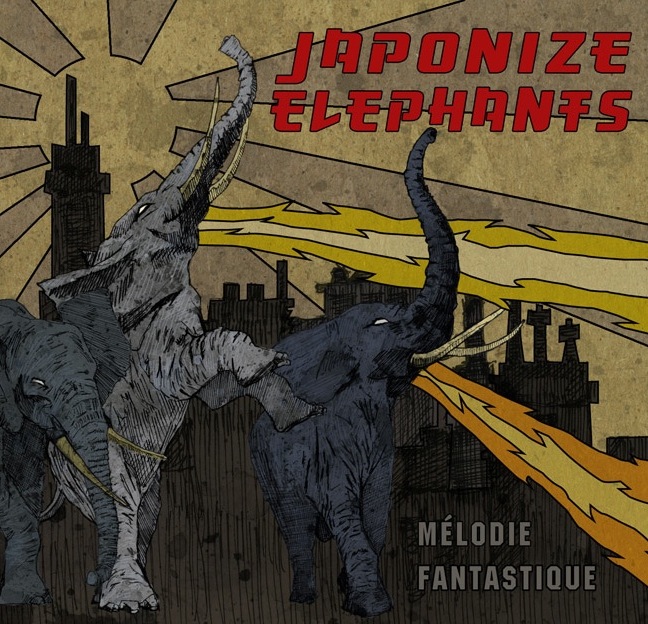 Perhaps this is one of the most eclectic bands around, nothing quite like their mix of styles and influences. Although it's been ten years since their last album 40 Years of Our Family, I knew they hadn't given up because I kept seeing notices for their live shows, even went to one at Freight & Salvage in Berkeley about five years ago. From humbler beginnings in Bloomington, Indiana back in the mid-90s, their original collision of styles included Appalachian fiddling, gypsy circus sounds, humorous interludes, middle-eastern modal threads and straight-up hillbilly music presented by a large and variable lineup that might include fiddle, guitar, banjo, flute, trumpet, saxes, vibraphone, accordion, bass, vocals and junk percussion. All these years later, the band is now established on the west coast in the SF Bay Area, and with this latest release (their fourth), the range of styles and influences has been blown wide open to include just about everything – all of the above plus jazz, rock, country, show tunes, a capella, folk, classical bits, and much more. Currently a twelve-piece lineup with additional guests all led by guitarist Sylvain Carton, the production level is far more sophisticated than it was in those early days. After ten years some evolution was inevitable, and in this case it's all for the good, but amid all this bizarre sonic diversity, every tune still carries the Japonize Elephants unmistakable signature. Whether you're an old salt that cut your teeth on Bob's Bacon Barn, or you're a newcomer that’s never heard the band before, Mélodie Fantastique offers a treasure of great tunes for the open minded listener.