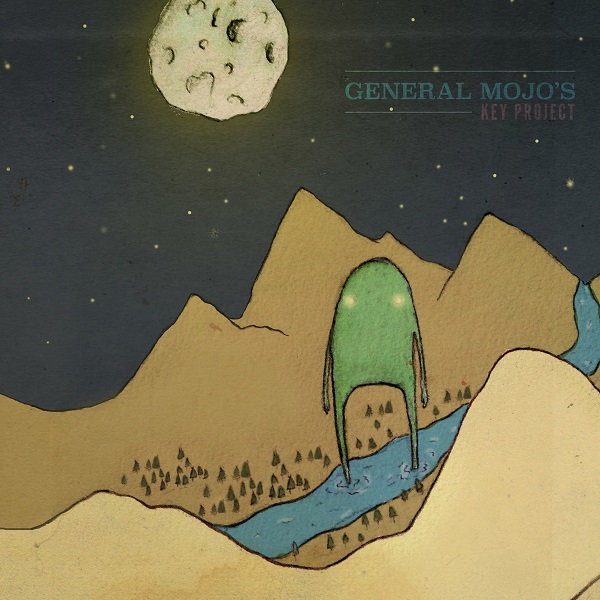 This Seattle-based five-piece covers a lot of ground, musically speaking, and forever keeps the listener guessing as to what will come next. In general terms (no pun intended) GMKP wanders the musical grid from progressive rock to jazz workouts to whimsical pop to modern psychedelic folk to like anything one might imagine if you listen closely. The opening cut “The Janitor” is sort of an a capella with the lead singer handling the lyrics whole other members hum harmonies in the background, but it’s only about a minute long and flows effortlessly into the extended “Free Sound Paradox,” a smokin’ hot slab of instrumental jazz-tinged progressive rock, with solos for keyboard and guitars trading off for the duration, seemingly shifting gears continuously as it goes, until it jumps surprisingly into the jazz-pop piece “Maria! Maria!” where GMKP offers the disc’s most accessible tune with some great sax soloing in the middle section. The band features bassist and guitarist Dune Butler, drummer Sam Veatch, David Salonen on guitars and fiddle (the latter featured prominently on “Breakthrough” in a sort of Carribean-jazz-rock mash up that’s occasionally reminiscent of later Caravan), Eric Vanderbilt-Mathews on keyboards and sax (and all members share vocals), and underutilized singer Tekla Waterfield, who doesn’t appear until “Chandelier,” over halfway through the disc, another outstanding and unclassifiable tune sweetened with great harmonies, solos, and clever hooks. Waterfield has since left the band, replaced by singer Kate Copeland who also contributes keys. “Broken Guitar” is a nicely sung acoustic based piece enhanced by piano and mucho psychedelic effects. The album closes with the impressive two part “The Jeannie Suite,” clocking in at over ten minutes, informed by a bit of dixieland and featuring several extra players. All taken, GMKP’s is an outstanding debut that hits the spot on many levels.