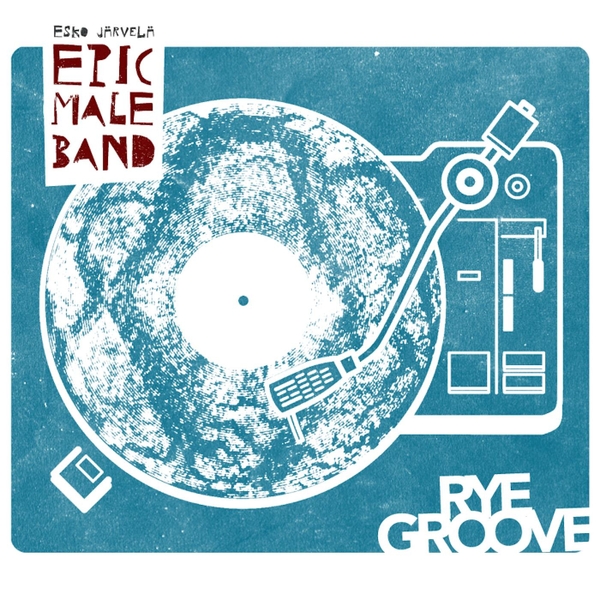 Some Exposé readers may remember Esko Järvelä, by sound if not by name, as he was part of the band Frigg, whose albums we’ve reviewed. On his own now, he’s set aside the all-acoustic sound of Frigg and embraced fiery folk-rock, jumping into the realm of Hoven Droven, or (on the other side of the North Sea) instrumental Fairport Convention and Horslips, or even (across the Atlantic) Ashley MacIsaac. The opening track, “Whip,” is a powerful statement of intent, with a catchy riff from the guitars (electric by Jani Kivelä and acoustic by Anssi Salminen) and bass (Juho Kivivuori), and driving drums (Janne Mathlin), with Järvelä’s blazing fiddle soaring over the top. Other tracks take a more relaxed approach, covering the lyrical ballad side of the folk base, like the lovely “Rose on the Water.” Frigg always had a Celtic element to their sound, and Epic Male Band continues this trend, and the Americana side of Frigg is reflected in a cut called “Sheriff,” that’s a bouncy and downright silly (though virtuosic) take on bluegrass, country, and Western kitsch rolled into one. Another part of the world entirely is referenced in “Kabob Ostrobothnia,” namely the Middle East, which features guests on darbuka and added strings. The pervasive mood is one of having fun with diverse influences, interpreting them through a Finnish lens, and letting fly. Any fan of rocked-up folk music should enjoy Rye Groove — far from being the overblown testosterone-hyped guy-rock implied by the “Epic Male” name, this is about as much fun as you can have with a fiddle and an electric band.