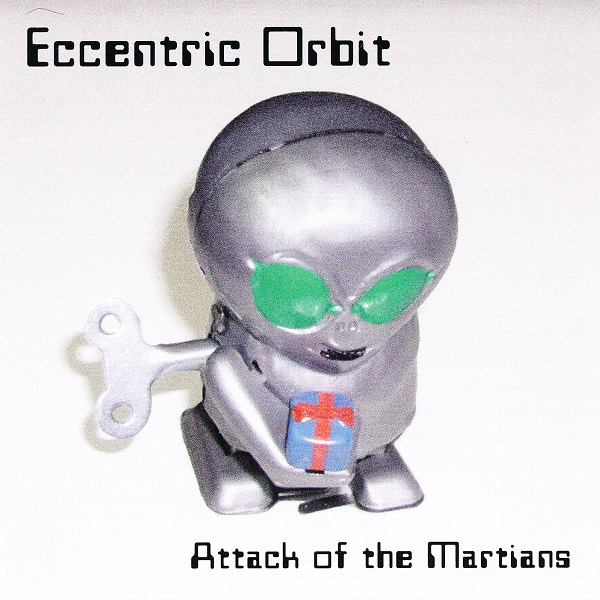 Eccentric Orbit was founded by bassist Bill Noland, and includes Mark Cella (Pye Fyte) on drums and Madeleine Noland and Derek Roebuck on keyboards. The keyboard sounds veer heavily towards the 70s, with use of Mellotron, organ, clavinet (both Nolands have played on Gentle Giant tribute albums), Fender Rhodes (or other electric piano), and some additional synthesizers. The music is entirely instrumental, and the album comprises five tracks ranging from six to fourteen minutes in length. The band keeps rhythms fairly standard and most compositions consist of either layering or trading off keyboard parts. Noland the bassist and Cella do a fine job nailing things down so that the space cadets can let fly on the keys. The sci-fi inspiration is fairly obvious and the melodic debts to “spooky alien music,” while de rigueur, are charmingly cheeky. There are a few personalities here; ELP-ish classicalism with lots of organ, funky fusion groove sessions led by Fender, and spooky SFF Mellotron sections to name three. When you throw more than one in a composition it adds some schizoid variety (in the literal sense, no Crim here). I’m a little surprised a group with such a Gentle Giant influence doesn’t use a bit advanced counterpoint, but you can’t have everything. Eccentric Orbit is a lot of fun to listen to, and will serve especially well as ear candy for vintage synth heads.