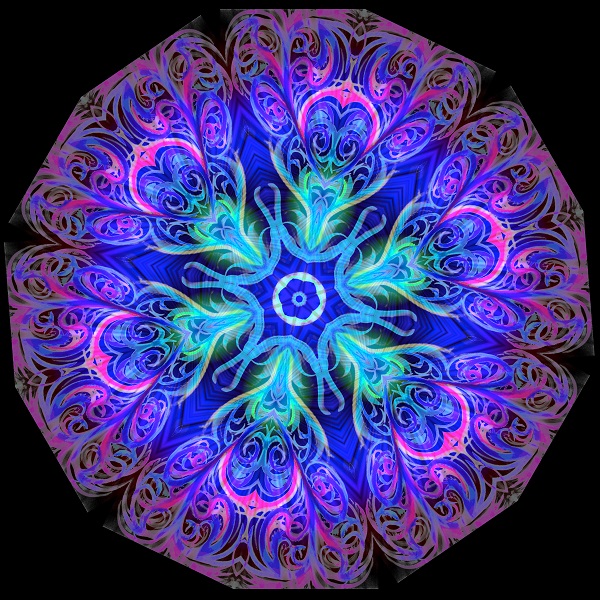 DulceMuse is the nom-de-plume of composer and multi-instrumentalist Katje Janisch's folktronic project – she works with synths to manipulate folk instrument textures into a matrix over which she weaves ethereal vocal melodies, flutes, strings, and other organic sounds creating warm, trancelike atmospheres which might range from introspective and dreamlike to thrilling and hypnotic. Her work forst came to our attention via her participation in Sleepyard’s 2019 album Winter Crickets, where she adds her trademark supernal vocals to nearly every cut. This was certainly enough to trigger further investigation, which in turn led to discovery of Musette, her current 2019 release, and two previous – a 2014 four-song eponymous EP and its follow-up 2015 full length release, West of Twilight. On Musette She plays all of the instruments herself: bouzouki, bass guitar, charango, plucked psaltery, whistle, clarinet, cornamuse, clarinet, hulusi, cello, viola, kalimba, frame drum, and of course synths, with the exception of the title track, where Grey Malkin adds glockenspiel, bells, keyboard, and synth. The album contains eight tracks that could almost be called a spiritual immersion, opening with “Blessed.” The sound is nothing short of beautiful, warm, and organic; natural sounds (birds) mix with dense layers of processed acoustic instrumentation with her voice as the guiding light throughout. Three minutes later, it’s over and we move on to the title track, which uses some sequencing and frame drums as an undercurrent while multi-tracked voices establish an other-worldly presence, a bit reminiscent of San Francisco's The Tunnel Singer. Sleepyard’s Oliver Kersbergen contributes bass and distorted electric guitar on "Carnelian," the only tune on the album that even hints at rock music. “Rainbow Lattice” paints colorful and mysterious textures in the dark of night, while “Perchance” triples down on the layered ethereal voices followed up with very still and serene, almost medieval sounds from a mysterious stringed instrument (probably the psaltery) before more layers of voices join back in. There’s a lot more on Musette, but I don’t want to be a spoiler; best to go over to her Bandcamp page and give these magical tracks a listen. There was a CD in a limited edition of 40 copies, but apparently it sold out before I could write this review.