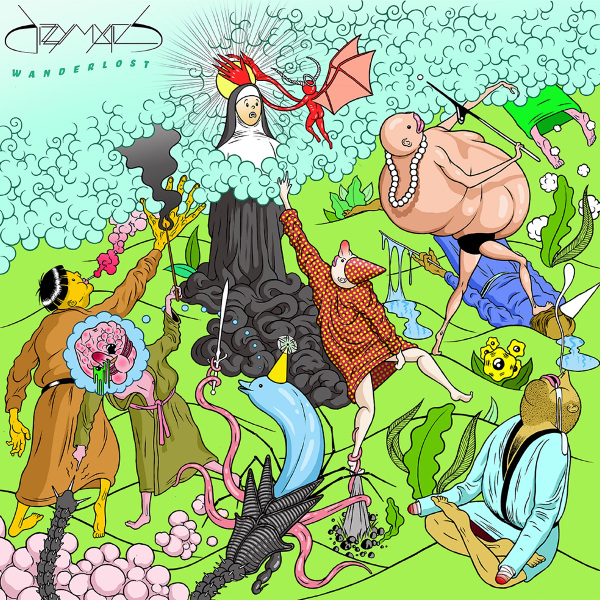 Dizzy Mystics is a band from Winnipeg, Canada, with an interesting and engaging style. In many ways, they remind me of Opposite Day, with strong vocals over complex instrumental backing, but where Opposite Day has a base in hard rock (if not metal), Dizzy Mystics has a distinct air of psychedelia about their music. Both groups end up in a place that could be called “math-pop,” though that would tend to minimize the powerful impact of their songs. Other apt comparisons would be King Gizzard and the Lizard Wizard and Tricot. Right out of the gate, “Letter” hits you with a flurry of fast notes on acoustic and electric guitars, then sets up a quick tempo where the guitars are playing interlocking figures instead of chords, but the vocal parts carry on as if all music was arranged this way. It’s a bit like 80s King Crimson techniques applied to Syd Arthur type modern psychedelic rock. The remaining nine songs provide variations on the general theme, throwing in other colorations like mandolin. According to the credits, all of the instruments except the drums were played by Kyle Halldorson, who also does all the vocals barring three guest singers on one track; Aaron Edgar plays the drums. Publicity photos show four people, so presumably there is a live configuration to fill out the sound — in any case, Wanderlost is an impressive achievement that provides many charms for fans of progressive, psychedelic, and math rock.