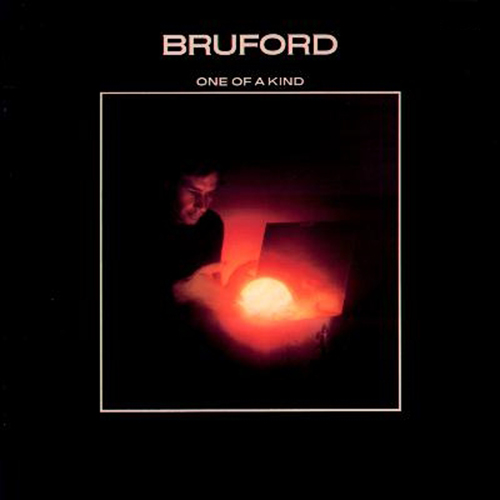 After UK’s rookie tour of the US, Eddie Jobson and John Wetton fired Bill Bruford and Allan Holdsworth, thus removing the pervasive jazz element from their soon-to-be transitory super group. The two talented, out-of-work musicians didn’t waste time enlisting again both Dave Stewart (ex-Egg, Hatfield and the North, National Health) and Jeff Berlin (bass, vocals) who had also recorded Bruford’s acclaimed first solo recording Feels Good to Me. From the get-go, this collection of ten tracks stands as a maelstrom of chops, arranging skills and inspired ensemble playing. Easily the dynamics between drums, keys and fretless bass provide a high profile, capable structure for Holdsworth’s top-flight soloing ability. Key pieces include the two-part title track and “Travels with Myself and Someone Else.” The former piece is split between a vibes-driven melody and band interplay. The latter track shows that a drummer and keyboardist could jointly compose a truly empathic ballad. The best jam piece is “5G” which is propelled by an aggressive bass riff and features Holdsworth’s finest set of solos on the disc. Surprisingly, Jobson makes a cameo violin appearance on the introduction “Forever until Sunday” where Holdsworth’s guitar has been brought forward in the mix. As with any musical divorce, some tracks also part ways, such as “The Sahara of Snow,” which had been slated for the second UK recording. Stewart is up to the task of taking on most of Jobson’s complex parts, adding his own sound backdrops to enhance that song’s atmospheric landscapes. A bonus live piece, “Manacles,” is included from a later tour with Stewart’s mad organ flailing away as well as the unknown John Clark filling Holdsworth’s size 14 guitar shoes. Bruford has taken on the task of remastering the original recordings for re-release, but — although the mix is not much different — many of Stewart’s keyboard parts appear to be even further up in the mix than they were on the original vinyl or CD releases. Bruford narrates the accompanying Summerfold sampler CD, interjecting many Earthworks high points. The reissue is recommended highly as one of the peak points of 70s British fusion.