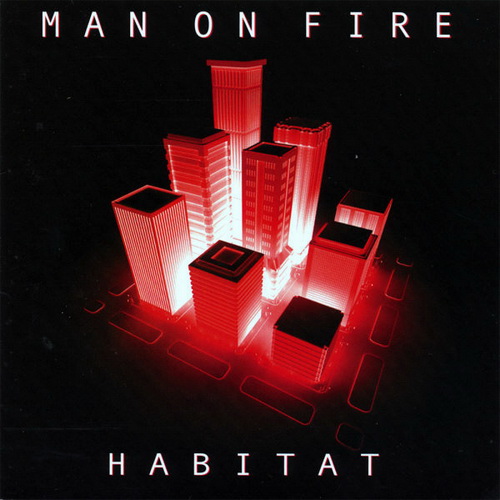 Vocalist, composer and keyboardist Jeff Hodges is the main man behind the trio Man on Fire. Subject matter for the twelve tracks focuses on the concerns of the occupants of one city block and how they contrast to each other. King Crimson front man Adrian Belew is an integral part of the project as he lends his familiar snaky wailing to the entire disk and is quite impressive on the lead track, “The Block.” Ex-Kansas violinist David Ragsdale makes one of several soloist appearances on the next track, “Mr. Lie.” He also adds a melodic edge to the introduction to “Majestic,” which convincingly details the plight of raising a family in an unsafe urban environment. Vocally Hodges’ delivery is out front and somewhat like Nick D’Virgilio’s singing for Spock’s Beard; the vocal mix was done by the same man who worked Evanescence’s recent recordings. In this context however the other instrumentation is not as buried beneath a wave of vocals with secondary backing. As a keyboardist Hodges is proficient, navigating piano passages and wailing synthesizer leads across the disk. Easy conceptual comparisons can be made to classic recordings such as Pink Floyd’s The Wall and Queenrÿche’s Operation: Mindcrime. Overall it’s a project that should be put to the test on the live stage to see if the band could really pull it off.