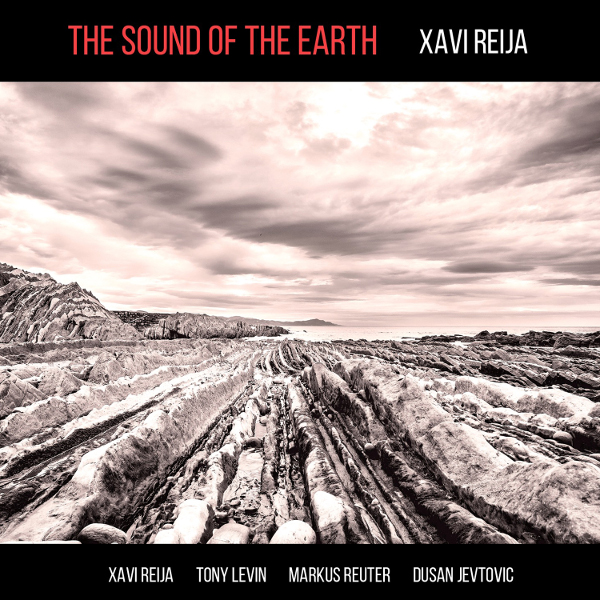 Drummer Xavi Reija has had a partnership with guitarist Dušan Jevtovič for some time now, going back to Reija’s 2006 album Dream Land that I’m aware of. They did the duo XaDu project in 2015, and Reija has appeared on at least one of Jevtovič’s albums. Add into this long-standing musical relationship such veterans as Tony Levin and Markus Reuter, who work together in Stick Men, and you’ve got a formidable array of talent. All four are credited jointly with the compositions, which combine planning and improvisation in proportions that vary from track to track, and are up to the listener to determine if desired. It doesn’t much matter in the end, as it’s all great, with elements of jazz, rock, and ambient soundscapes mashed up into a wonderful sonic stew. “Deep Ocean” starts us off with a heavy Hendrix-like riff with Jevtovič’s trademark distorted tone and Levin contributing upright bass. Reuter’s touch guitar seems to be providing atmospheric noises in the background, though it’s often hard to tell who’s playing what between him and Jevtovič. Jevtovič does have a set of tones and sounds he returns to, so that helps to distinguish the two if you feel the need. Levin’s use of the upright bass in this context is particularly interesting, especially when he pulls out the bow — it’s not what you expect in such a heavy setting. Next up is the first of the four parts of “The Sound of the Earth,” which drops us into much quieter territory, with floating washes of sound leading into a melodic upright bass part. Eventually a moody electric guitar and an uncluttered drum part come in, building to a climax around eight minutes in, then diminishing back into obscurity. The factors are now established, and the remaining tracks provide variations on these elements, with Levin providing alternative bass instruments at times. No matter how they mix it up, they come up with something great, very much of a piece with other recent collaborative albums on Moonjune (see The Stone House, Lighthouse, and Tales of the Dreaming City). You can call it a formula, but it’s a formula with complex parameters capable of providing a lot of variation in sound. And it’s a joy to hear such talented musicians go for it like this, not at all showing off technique, but listening to each other and playing what works. Love it!