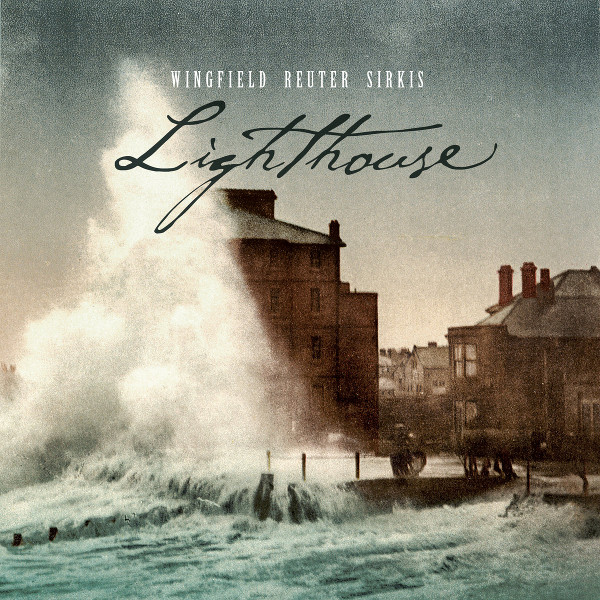 Like a series of dark and menacing dreams, this colllection of improvisations by guitarist Mark Wingfield, touch guitarist Markus Reuter, and drummer Araf Sirkis takes the listener into a world of mysterious and often chaotic sonic textures that whirl and swerve and collide and ultimately push together creating something entirely new. Out of this maelstrom comes the essence of melodic and textural discovery in perhaps its purest and most evident form, with these three players being the perfect vehicle for this freeform colossus that morphs at will with what seems like a single mind. All three players display the highest degree of musical telepathy, where nothing is fixed and everything seems elastic. Even Sirkis’ drumming is rarely a mere timekeeper, but a fluid part of the improvisational mix, moving and shifting freely in the wake of the overall cauldron of sound, accenting and pushing the magical mixture forward. Wingfield’s playing covers a lot of distance in many directions, serving as the primary melodic foil through most of the seven tracks, occasionally erupting into shred (last track “Surge” being a fine example) and more often serving as the trio’s tonal guidepost as each piece develops in real time. Reuter is always there, everpresent, all over the map working as foundational support and a free-wheeling purveyor of order and pandemonium. The echoey effects (not sure who preciscely is responsible for those) are an essential part of what makes this soundwall so compelling. Certainly this set can be compared to its predecessor The Stone House from earlier this year, which also involved bassist Yaron Stavi. In fact the Lighthouse material was excerpted from an earlier part of the same six-day marathon improv session, before Stavi’s arrival. Lighthouse represents the gist of the improvisational experience in its purest form.