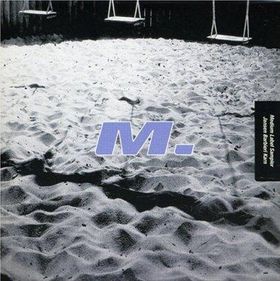 Medium Productions is a low profile label from the UK which represents the work of three former members of Japan. The trio is alternately creative within varying contexts and combinations of personnel; their specific parameters of change focus on remixes and techno variations of rhythms and tones. Collectively, the label has released ten discs in the last five years; each with a similar mood brought by the artists themselves (which could explain why so there are so few products). The trio is represented by three pieces, the most unique of which is a live version of a rare Japan B-side, "Life Without Buildings." The track is a spirited rendition with Steve Wilson of Porcupine Tree providing some heavy guitar phrases. Steve Jansen's collaboration with Yukihiro Takahashi (Yellow Magic Orchestra) is also represented by a remix and an original track from Pulse (1998). Jansen and Barbieri's joint endeavors correspond to two tracks showing the close connection between percussion and texture they have been refining over the years. The duo also teamed up with a Japanese DJ on "Spaced," a track from Changing Hands which adds a modern remix slant on the atmospherics. "Only Forward" is a piece from Indigo Falls (Barbieri and wife) which contains the most memorable intro and performance on the disc. Overall, Medium Productions puts out remarkably good product despite poor distribution. Hopefully this problem has been rectified by their new deal with Polydor and will result in improved artist awareness.