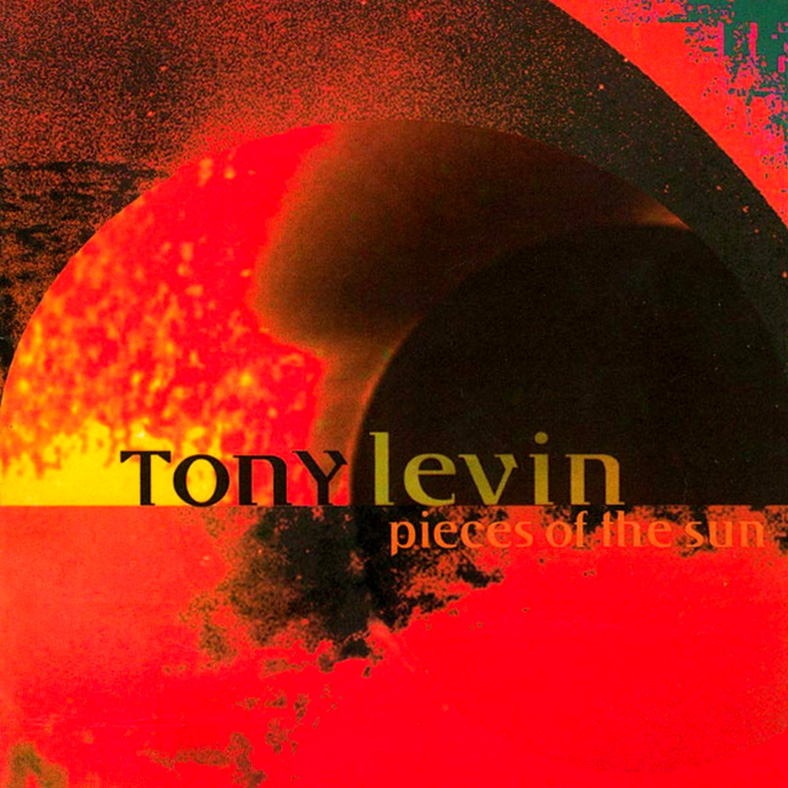 Tony Levin’s newest release is a true band effort, the direct result of touring after his previous CD, Waters of Eden (previously reviewed). He remains on the Narada label, though (even more than on Waters) he avoids the New Age style it is known for, and actually bumps the heavy factor up a couple of notches from time to time. Right off the bat, the opening cut, “Apollo,” jumps out with an aggressive riff punctuated by some big synthesizer notes from Larry Fast. It’s almost like a classic Synergy tune beefed up by guitar, bass, and drums. (And that’s exactly what we get later on, with a killer arrangement of “Phobos” from 1978’s Cords.) “Apollo” has a gentle middle section featuring the California Guitar Trio, then goes back to the big riff for a finale. Jesse Gress provides some flashy guitar work, and Jerry Marotta contributes his distinctive drumming. Another favorite is the title cut (used by the band on tour as their intro), which starts with the pounding of Taos drums in a dramatic seven-beat pattern, piles on some fat synth notes, and tops it off with Gress’s piercing guitar. “The Fifth Man” (its title an allusion to Levin’s current status in King Crimson) utilizes some of the crunchy cross-rhythms Crimson has recently been fond of, here between Levin’s Stick and Gress. And since Levin, Marotta, and Fast have a history of backing Peter Gabriel, there’s even an old unreleased Gabriel tune called “Dog One,” which dates from some old studio sessions.

Azalia Snail Is Back - with a New Job