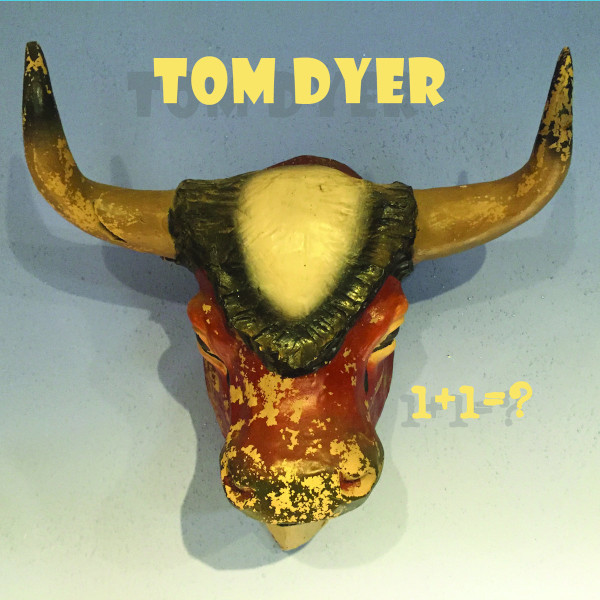 Tom Dyer is something of a musical institution in the Pacific Northwest, having been involved in a variety of endeavors since the 80s, including running the Green Monkey label and being in bands such as Me Three, The Colorplates, and The Icons, not to mention solo recordings and production work. His last few releases have fallen into (more or less) straight-ahead rock styles with his bands New Pagan Gods and True Olympians, but he’s always had a vein of more experimental music existing in parallel with his rock work. 1+1=? leans towards this experimental side, even more than I Ain’t Blue Anymore. He explores a wide range of different sounds on these 13 tracks, starting with a lovely string quartet to accompany his lyrics of environmental concern on the opening track, “Everything in the World Is Returning to a State of Nature.” Then “Seven Times Is Love” brings in a combination of disjointed keyboard parts, overdubbed choir parts, and different treatments on the lead vocal. Other songs bring in a variety of wind instruments, percussion both live and programmed, Amy Denio and others guesting on vocals and saxophone, and twisted avantgardisms reminiscent of The Residents. Several songs fit broadly into a type of balladry, telling stories like “Death at Mounts Road,” about the 2017 train derailment in Washington State that left three people dead and dozens injured, and “When Roger Took the Bus,” about an encounter with a “hungry, smelly man” on public transit. Arrangements run from sparse, with just acoustic guitar, to more elaborate, such as the previously mentioned string quartet, to simulated full band sounds with saxes and bass clarinet parts. At all times, he’s likely to throw in unexpected tonalities — coloring within the lines is definitely not his thing. 1+1=? is an intriguing curiosity, a vision of pop-rock music viewed through a kaleidoscope of warped mirrors and unpredictably shifting angles, and a lot of fun to boot.

This Machine is Supercharged and Infernal