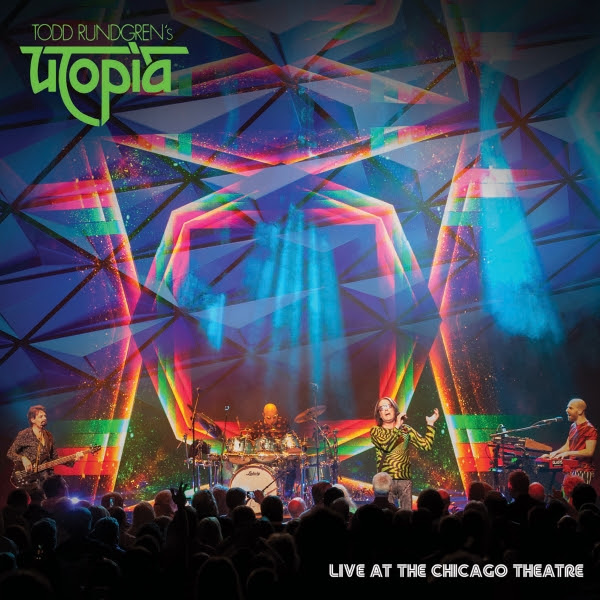 Taken in relation to the scope of Todd Rundgren’s career, Utopia might be seen as a digression, given that he’s released 30-some studio albums as a solo artist, while Utopia barely gets into double digits. And while Utopia really was more than just a band Rundgren had for a while (the other members also contributed compositions), it is forever associated with the man whose name was attached to it on the first few albums. Given how the band moved relatively quickly out of the progressive style where they started, it’s easy to forget how good a prog rock band they were before they streamlined their sound for 80s audiences. The material for this impressive live set is drawn from nine different albums, running from the 1974 debut through POV (1985), with Another Live getting five tracks, including two covers (“Do Ya” and “Something’s Coming”). The band’s progressive side is well represented, with the first album’s “Utopia Theme,” “Freedom Fighters,” and an abbreviated version of “The Ikon.” Ra is given somewhat short shrift, with “Overture” and “Communion with the Sun” condensed into seven and a half minutes, but Oops! Wrong Planet and Adventures in Utopia are well represented. A handful of tracks from the 80s provide evidence that even when they swung to more accessible music, Utopia was capable of coming up with songs that can stand the test of time. Having such a span of style present in one set also shows the essential unity of the band’s catalog, whether they were spinning elaborate extended progressive epics or concise rock songs. Throughout the two hours of music presented here, the musicians are in fine form, though some of the lead vocals are a bit strained. I would be hard-pressed to pick favorites here, and the excellent quality of the recording makes this live album more than just a supplement to the band’s body of work — and it functions admirably as a career overview. I got the audio-only version, but given its quality I’m sure the DVD is a great item for fans and newbies alike.