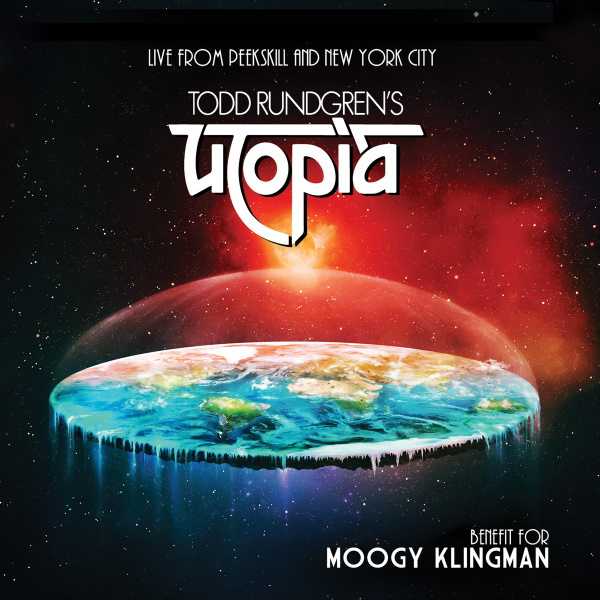 Mark “Moogy” Klingman had a long association with Todd Rundgren, and was one of the founding members of Utopia, appearing on the band’s first studio album and Another Live in addition to virtually every Rundgren solo album from Runt (1970) to Back to the Bars (1978). He also had a hand (keyboards, songwriting, or production) in albums by many other artists, including Carly Simon, Johnny Winter, Better Midler, James Cotton, and even Barry Manilow. When he was diagnosed with cancer around 2010, Rundgren and Utopia staged the two benefit concerts which are documented in this set: two audio discs and a DVD for the show at New York’s Highline Ballroom on January 29, 2011; two audio discs and a DVD for the show at the Peekskill Performing Arts Center just up the Hudson River from the city on November 18, just a few days after Klingman’s death. Obviously, such a substantial collection will mainly appeal to those who are already fans of the band. In comparison to the recently released live set (Live at the Chicago Theater), the participation of Klingman himself sets the earlier show apart. Many of the same tracks are covered, but Klingman’s gruff, bluesy voice contributes a very different flavor, and he gets an occasional solo spot, like the piano piece called “Moogy’s Boogie.” Some of the more epic pieces from the early Utopia albums get substantial treatment, including “Utopia Theme,” with 14-plus minute versions in both shows, “The Ikon” getting a 17-minute version on the first show and a 25-minute take on the second, and both “Freak Parade” and “The Seven Rays” getting more than ten minutes. Nearly all the material originally appeared on the first two Utopia albums, when Klingman was in the band, with a few added pieces from Rundgren solo albums and Klingman’s own albums. Throughout, the performances are solid, with some spirited craziness showing up in “Freak Parade.” Benefit for Moogy Klingman is a treasure trove for Utopia fans, but probably not the best introduction for a newcomer to the band’s music.