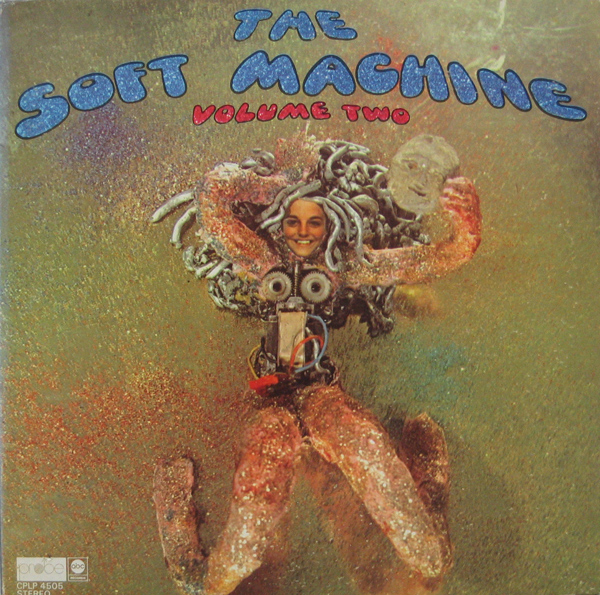 One thing's for sure, no one ever sung the alphabet with the kind of humor and musical brilliance as Robert Wyatt did on the band's second album, an album so far away from the kind of jazz rock the band would move to by their fourth album. Like the second Caravan album, this album still has an almost childlike glee to it, a sense of wonder and innocence of the era, but it was also a leap forward from their first and still brilliant debut psych record and perhaps something of a transition. Soft Machine were of course somewhat famous for being Jimi Hendrix's opening band on their US tour leading up to this album, although if there was any great influence at all it was to take their own road as it would be difficult to compare Volume Two to practically anything in its weird combination of rock, pop, dada, and jazz. The whole record seems to be composed of short pieces wrapped up into suites, which does seem to be something of a move from the pop sized songs on the first album to the full side-longs on their follow-up Third. I do love almost all of the original Soft Machine albums, as late as Alive and Well in Paris, but I think there was something particularly special about their first three albums when Robert Wyatt was one of the main contributors. But a lot has to be said for Ratledge and Hopper as well, not only were they brilliant muscians but their experimentation with tone, with the organs and bass often so distorted they resembled something different, was really part of what made this era so fascinating.