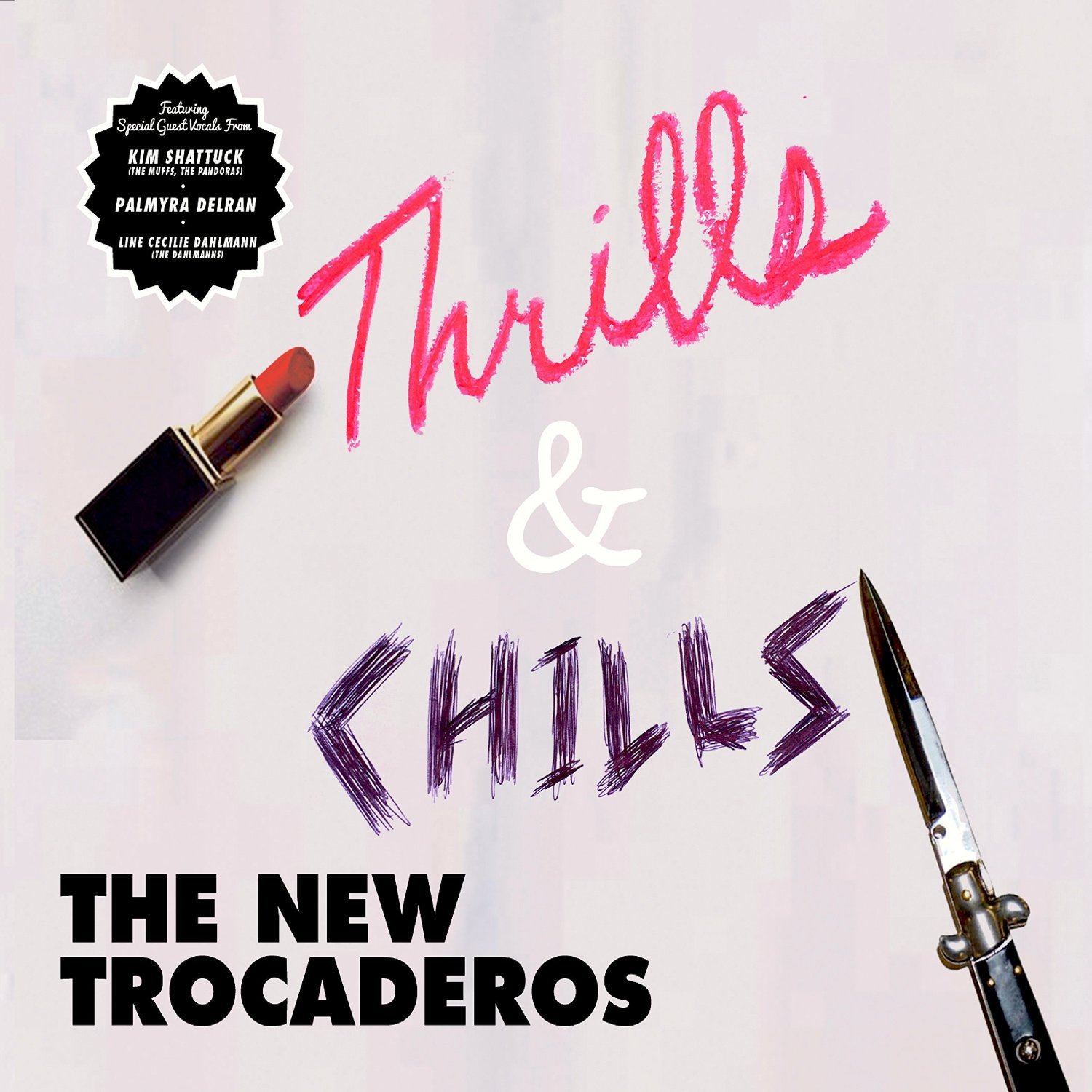 In the closing sentence of my review of their six-song EP Frenzy in the Hips, I said “…Hopefully they’ll get serious about recording a full length LP/CD soon.” With Thrills & Chills, that all came true. The band has expanded to five regular members now; in addition to guitarists / singers Geoff Palmer, Brad Marino, and Kurt Baker (the latter doubling on bass on all tracks), drummer Rick Orcutt and keyboardist Kris “Fingers” Rodgers are now regular band members, and of course the sixth ‘silent’ band member is songwriter, arranger, co-producer and co-engineer Michael Chaney, who either wrote, or had a hand in writing (along with various band members) every one of the twelve excellent songs here. In addition, several guests provide backing vocals and harmonies on a number of tracks, as well as occasional sax, trumpet, harmonica, and slide guitar. This is your basic rock and roll at its finest, full of great playing, singing, memorable lyrics, and hooks galore, modeled after the classic styles found on 60s rock radio hits (50s too, if you count the doo-wop styled “Love Anymore”) often infused with the energy of 70s punk. There’s something for everyone here. While the influence of the Stones, Buddy Holly, early Beatles, and so many more can be heard throughout these tunes, their revved up approach and attitude brings a bristling energy to tracks like “By the Balls,” “I’m So Bad”, “Love and Hate,” opener “What the Hell Did I Do” and many others here. There isn’t a dull moment or a duff tune on this disc anywhere, even on the occasional tune where they slow the pace down a little! Tunes like “Like an Angel” or “Crazy Little Fool” take a more melodic approach with a memorable rocking choruses that recall Help era Beatles or the early Who. The catchy “Midnight Creep” almost sounds like a lost Elvis Costello track from around the time of his first album. All good, beginning to end, these guys are reviving the rock and roll spirit the way Nick Lowe, Dave Edmunds, and Cheap Trick did back in the 70s. Long live rock!

Rufus Zuphall - Weiß der Teufel – Originally produced in an infinitesimal pressing on the tiny Good Will label, this is one of those releases that gains legendary status not so much because of what's on the album, but because of its...  (1995) » Read more