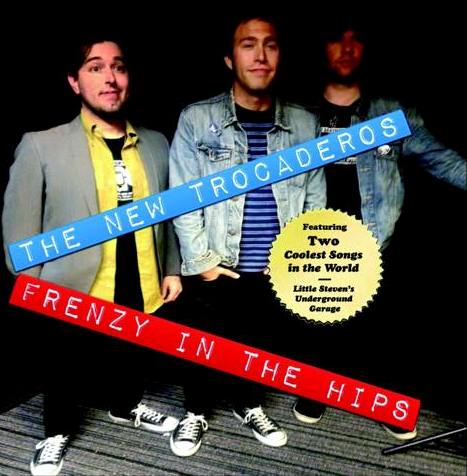 Back to basics now. These are six songs (about 20 minutes) of power pop and aggressive retro-60s rock condensed into three-or-so minute songs, just like back in the day – the likes that have been pretty much ignored by the music industry for far too long. No, they’re not punky enough to be fashionable, and they don’t fit in with anything that’s been plugged on radio in the last 40 years, but this New England based trio-plus-guests knows exactly what they are doing, and they’re doing it very well. They seem to be a band who likes to put their songs out as 45-RPM singles (although they can be downloaded too), and I believe this 2015 EP release is a collection of all the band’s tracks to date (culled from 2013 and 2014 singles). So where to begin? “Money Talks,” right? That opening track defines their style as a no-nonsense rock-and-roll powerhouse with a nod to great hits of the early 60s and even before, authentic period songwriting (by Michael Chaney in collaboration with band members) and instrumentation, but with a distinctively contemporary “live” sounding production ethic. Brad Marino, Kurt Baker, and Geoff Palmer trade off lead and rhythm guitar duties, and lead vocals. Baker handles the bass too, and there are two drummers listed for four cuts, and Marino drums on the other two; guest keyboards are featured on a few of the tunes, but never prominently enough to overpower the guitars. “The Luckiest Man in the World” closes the disc nicely and leaves the listener wanting more. One might be reminded of other 60s-influenced retro bands like Cheap Trick, Dave Edmunds' Rockpile, and (especially) The Real Kids. I like these guys a lot. Hopefully they’ll get serious about recording a full length LP/CD soon, but for the time being this CD EP will serve as a fine introduction.