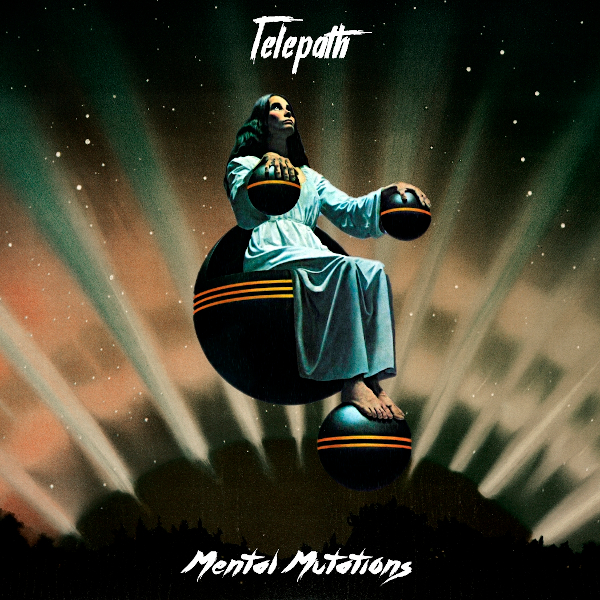 There’s certainly been no shortage of high-quality progressive rock coming out of Norway and Sweden in the last decade or two, and a fair amount of it has had Jacob Holm-Lupo involved in some way or another. With connections to White Willow, Plenty, The Opium Cartel, Weserbergland, Galasphere 347, Alco Frisbass, The Nerve Institute, The Samurai of Prog, and more, he’s had his hands in a lot of music since the early 90s. Telepath finds him mostly on his own, handling keyboards, guitars, bass, loops, and samples, along with production, mixing, and mastering. The only others involved are Pedro de la Rocque (guitar) and Lars Fredrik Frøislie (synth), who only appear on one track. No drums are credited, so all the percussive sounds must come under “loops and samples” — not that a listener would know from what is heard. This is classic heavy instrumental prog with plenty of variety in sound, including some quieter sections featuring (of course) Mellotron sounds. Fans of Änglagård and Anekdoten will be right at home with Telepath, and the execution is good enough that the reliance on what might be regarded as prog formulas is not a negative. Every one of the ten tracks has something to offer, and you’d never guess this wasn’t the product of a full band. Mental Mutations is a fine album, and testament to what a single guy with the right skills and good ideas can accomplish.

Peter Hammill - X My Heart – Here's another work in the "difficult artiste" series from prolific songwriter Peter Hammill. How many releases does this make for him? Over 20, not including compilations? He has...  (1996) » Read more