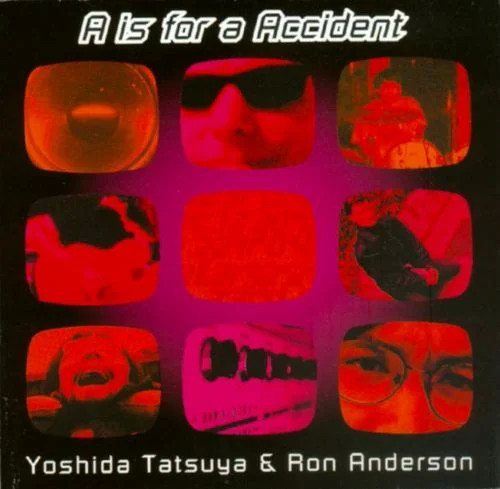 This duo of Yoshida on drums and vocals and Anderson on guitar and vocals, is rather in the style of Ruins, the group which Yoshida a led, along with various bassists, and occasional guitarists. Yoshida was also a member of YBO2 which included noise guitarist K. Null. Both groups manifested in the influence of the obscure but visionary and idiosyncratic French progressive rock group, Magma. The very peculiar Magmoid influence, with its angular, throbbing, buzzing bass lines (here invoked at times by Anderson's heavy guitar) appearing front and center, the frenetic and virtuosic drumming, distinctive harmonic vocabulary and invented language are combined with post-punk hyper-energy, power and attitude, plus the unconstrained liberty of free improvisation make up this series of improvisations by Yoshida and Anderson. Both musicians have chops to spare, but they really don't indulge is rip-snorting histrionics and displays of technique. Rather, they go for a texture, a visceral response, an attitude of verve and exuberance, and they nail the sucker. The resulting music is frenzied and exhilarating, if not cathartic. And while one is inclined to mentioned the likes of John Zorn and Elliott Sharp in the same breath — they represent a handy point of reference and this will certainly appeal to admirers of both of these musicians — Yoshida and Anderson offer up music which is stylistically separate and most distinctive.